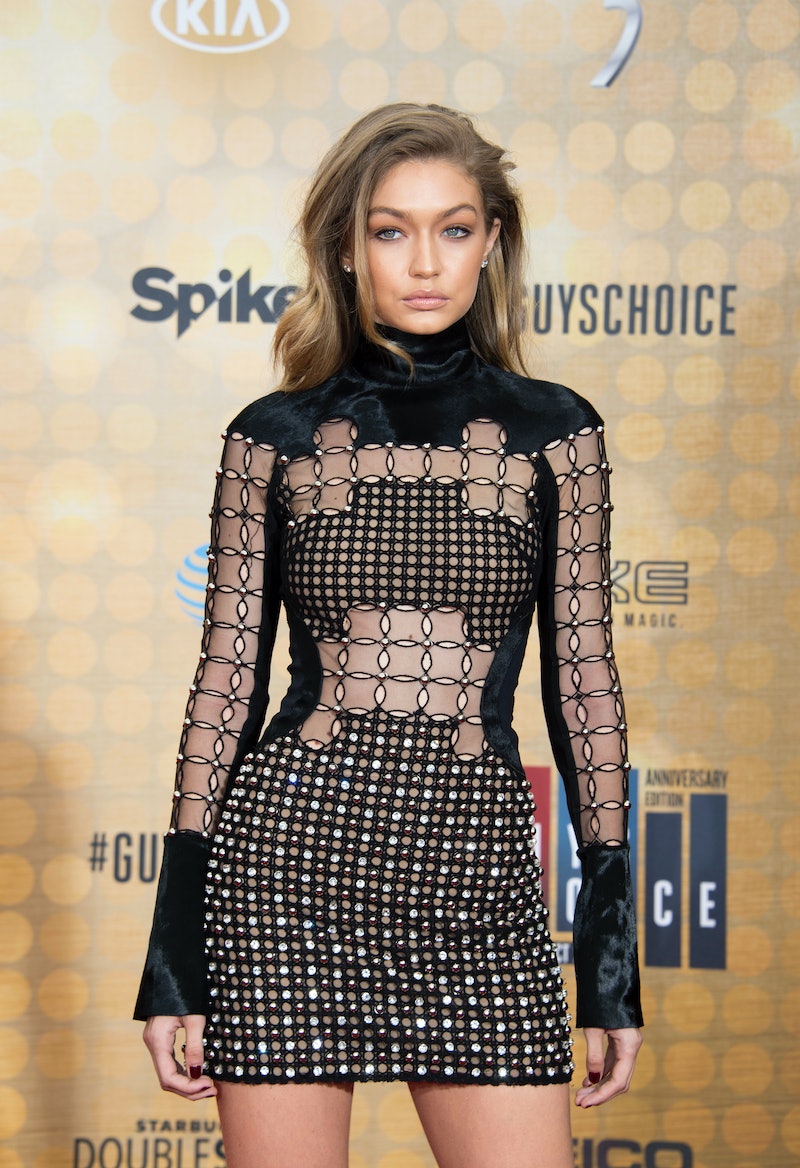 Not that all of her campaigns haven't been incredible, but Gigi Hadid's Fall 2016 Stuart Weitzman campaign has got to be her absolute fiercest yet. According to Us Weekly, Hadid's latest Weitzman campaign has arrived, and she's showing off her boxing skills — in over-the-knee boots. I wasn't kidding about it being fierce.

The 20-year-old, who has revealed boxing is one of her favorite ways to stay in shape, shows off her skills for her new footwear campaign, and when you see the photos, you're going to want to take up boxing and buy a pair of these boots as soon as they're available. Everything about this is #Goals.

The black-and-white images, shot by Mario Testino, feature Hadid wearing over-the-knee as well as heeled boots, showing off some of her favorite boxing moves such as roundhouse kicks and punches. It's a pretty amazing way to combine fashion, strength, and athleticism, and it produces one powerful, kick-ass campaign. "In the world of Stuart Weitzman, 'sexy' means being comfortable and confident in your own skin, and the [photos] capture that essence," said a statement from Stuart Weitzman. And Hadid definitely looks sexy, comfortable, and totally in her element in this shoot.

Not sure I could do this move in sneakers, let alone heeled boots, so major props.

And can we talk about her hair? That ponytail is so sleek, minimalist, and functional, and if you're ready to copy it, this tutorial will help you out.

Now if only stealing her boxing skills was that easy.