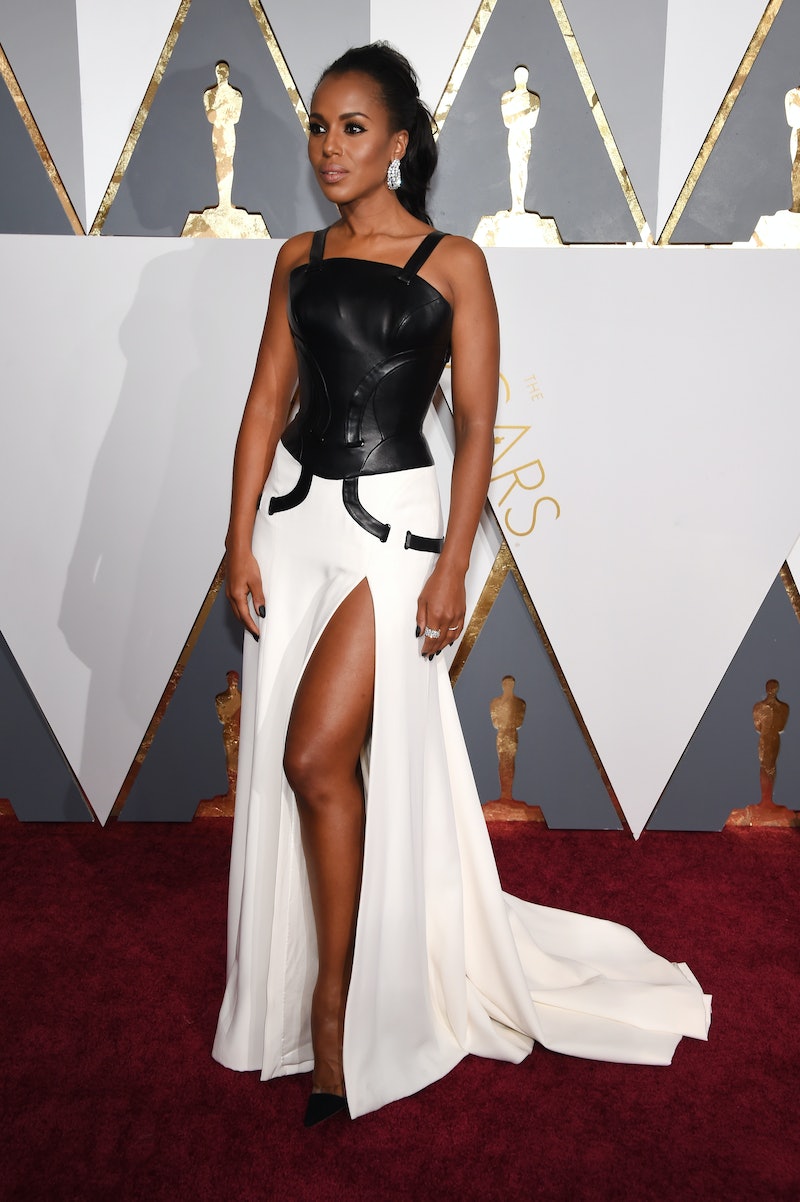 Olivia Pope is everywhere and she is always well-dressed. Well, almost everywhere. Her portrayer Kerry Washington wasn't at the 2016 BET Awards. I'm not exactly sure where the Scandal star was or what she was doing instead. But it's totally understandable if she chose to sit this one out, since the pregnant star is expecting her second child. It would have been quite a treat to see her baby bump all sorts of impeccably dressed, considering Washington's MO is pulled-together and chic and she has been active and visible while pregnant. But if she opted out of the 2016 BET Awards in order to nest and perhaps relax, I wouldn't blame her. It's totally her right.

Washington debuted her bump back in April at the White House Correspondents' Dinner. She showed it off again in May at the Met Gala, rocking purple hair, a high slit, and a deep V black dress.

Seriously, Washington hardly, if ever, has a red carpet miss. The star and her stylist know exactly what they are doing. Washington has one of the best-dressed baby bumps in Hollywood. While she didn't show it off at the 2016 BET Awards, I still expect to see her bump killing it at some event before she gives birth.

Yep, she is always a red carpet "do" and always will be.