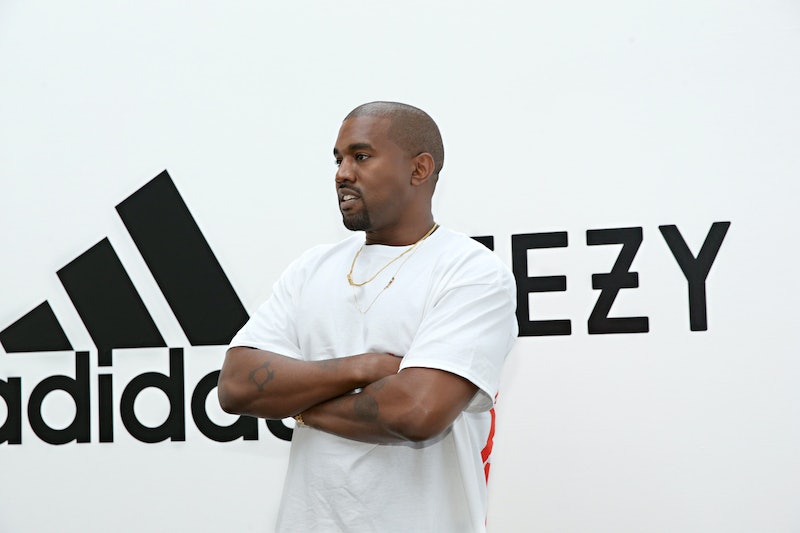 Unless you've been living under a rock, you've probably noticed that Kanye West's Yeezy collaboration with Adidas has been incredibly popular. Not only does every one of his Yeezy fashion shows capture the attention of the media, but his Yeezy Boosts sell out immediately — literally. Due to the incredible success of this two year partnership, Who What Wear is reporting that Adidas and Kanye announced they will continue to work together to grow the brand for the foreseeable future.

Now that the Yeezy x Adidas partnership will continue, the brand has some pretty exciting long-term plans for the brand, including opening Yeezy stores around the country, so shoppers can line up around the block to get their hands on the newest pair of Yeezy Boosts, rather than try to buy them via the 'Adidas Confirmed' app.

The brand will also be expanding its product offering to include performance wear (Ivy Park-style athleisure anyone?), while continuing to produce lifestyle and street wear.

Adidas has described its Yeezy collaboration as "the most significant partnership ever created between a non-athlete and an athletic brand," which kind of sounds like something that Kanye would say in a rant about how great he is. However, since Kanye's Yeezy Boosts hit the market in February 2015, Adidas' market share has increased from 1% to 30%, which would give some validity to Adidas' statement about how significant the partnership is.

Adidas has also hinted at plans to reveal more info about the upcoming long-term partnership over the next few weeks. But really, what new can top the announcement of Yeezy stores? Guess we'll have to wait and find out.