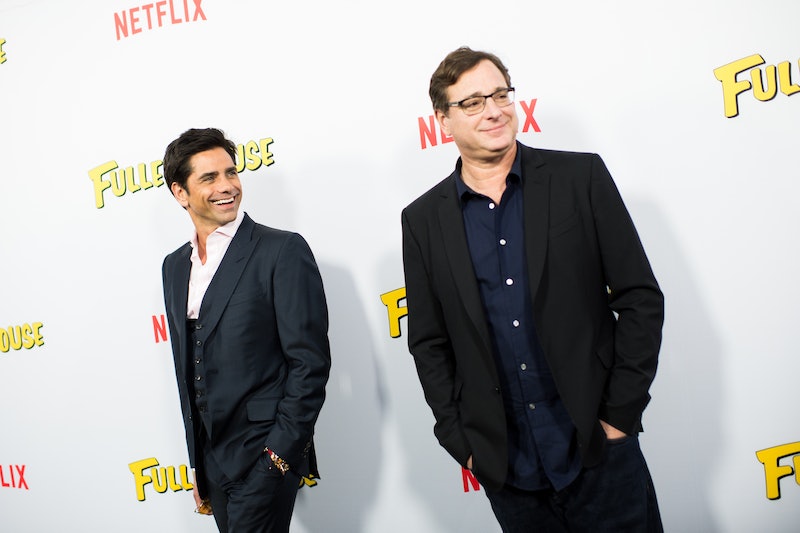 Whatever happened to predictability? Fortunately, nothing — because Fuller House is sticking the same tried-and-true formula going into its sophomore season. After a much buzzed about freshman season on Netflix, Fuller House is returning for Season 2, so get ready for more shenanigans with the she-wolf pack. A lot has changed for the Tanner clan (for one thing, now that D.J. is using her late husband's last name, they're now the Fuller clan — get it?!) but if there's one thing that will always stay true for these San Francisco natives, it's the importance of family. It's no surprise that Fuller House will be bringing back more Tanners (and their extended fam) in Season 2. According to Candace Cameron-Bure's interview with PopSugar, the original Full House cast (minus the Olsen twins) will return for Season 2, and now we have social media proof. Fuller House's Instagram just revealed a pic that proves Bob Saget and John Stamos will return to Fuller House for Season 2 — so be still our beating hearts.

Though it's unclear just how many episodes Saget and Stamos — aka Danny Tanner and Uncle Jesse — will appear in during Fuller House's sophomore season, it just wouldn't be the same without these two making the San Francisco home just a bit more crowded. Fortunately, we don't have to deal with that horrific scenario, because there's now photo evidence that Saget and Stamos are very much working on the second season of Fuller House — phew.

Saget and Stamos aren't the only cast members set to return. We'll also get to see Lori Loughlin (Aunt Becky) and Dave Coulier (Uncle Joey) when the series returns to Netflix. We're even getting some "bonus" family members to add to Fuller House, as according to TVLine, we're meeting Joey's Vegas-based family in Season 2 of the series. This house is definitely getting fuller, and we couldn't be happier.