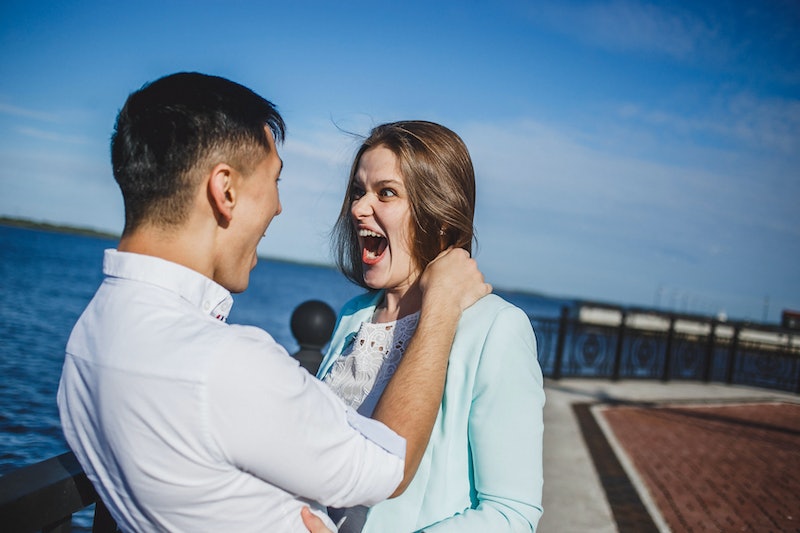 In case you’ve yet to mark it down on your calendar, International Kissing Day is July 6. What does this mean exactly? Well, you should probably call in sick to work and spend the whole day kissing... or simply read up on some kissing stats. You know, whatever works for you.

In celebration of the big day, Match weeded through six years of data, from 2009 to 2015, and compiled a “kissing data” report just in time for this year’s International Kissing Day. The data covers who’s kissing who, which careers are more likely to smooch a coworker (that would be those in the sales and marketing fields, FYI), and other kiss-related facts that anyone who likes the art of smooching might want to know. It also covers public displays of affection.

When it comes to public displays of affection, you’re either into it or you’re not. There’s not really a middle road for it. While there are those who have no qualms about openly sharing a kiss or a cuddle in front of anyone and everyone, there are others who won’t even dare to engage in such behavior. So where is that latter group? Oh… in these three cities.

According to Match’s findings, 47 percent of singles in Austin can really go without kissing in public. Despite the fact that, at least by Texas standards, Austin is hella liberal, the city that hosts SXSW every year isn’t all that interested in the whole PDA scene.

Also coming in with 47 percent of people not being into public kissing is Baltimore. It seems one of D.C.’s major suburbs can go without locking lips while out on the town with their dates.

As for the city where kissing in public is the desired the least? That title goes to Phoenix. According to the research, at 48 percent, singles in Phoenix are not down with kissing in public at all. Instead, they’d rather take that stuff back home and do it behind closed doors.