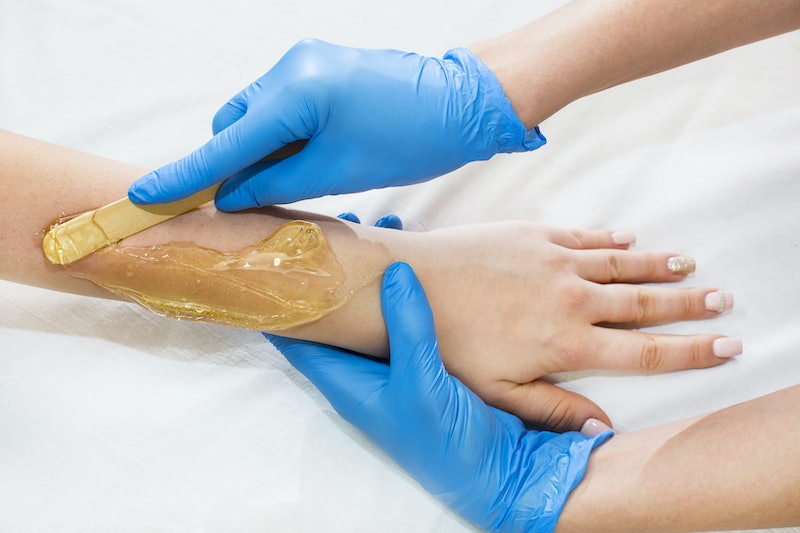 There are so many ways to remove the hair from the body, with waxing being one of the most popular. There's a technique similar to waxing known as "sugaring," which removes body hair with a sugar and water paste. Adhesive strips are usually not used but can be. But in pure sugaring, a ball or wad of actual wax is applied and pulled directly to and from skin. It's a natural method and it's less painful than hot wax, IMO and experience. I get Brazilian waxes regularly and have for many years.

I've done traditional hot waxes at the famed J Sisters in NYC and at the European Wax Center chain. I have done Brazilians via sugaring administered by an esthetician named Isabel Sutherland, who I've lost touch with. I vastly prefer sugaring, because it exfoliates dead skin cells while it removes hair. That makes for extra smooth, baby soft skin.

Does sugaring or sugar waxing actually work? Is it as effective?

Based on my own personal experience, I can confidently say that sugaring does indeed work. I got the same result as regular hot wax Brazilian bikini waxes, with all hair removed, save for the landing strip. Yes, sugaring stings and it smarts when the ball of paste is pulled back. But it was more irritating than anything. I was able to go the same amount of time in between waxes, as well.

As SugaringNYC explains in its FAQ on sugaring, the paste is applied at body temperature. You can use water to clean up afterwards and won't deal with sticky skin post-procedure.

Here is how it works. The paste wraps around the hair, which is then removed from the follicle in the direction of growth, which removes the hair in tact. There is no breakage and there are no ingrowns. I found the ball of sugar wax method to be super effective.

The best thing about sugar waxing is that it's not very painful, it's super effective, and it also can exfoliate the dead skin cells, since its primary ingredient is sugar. That's what makes it an awesome service to try.