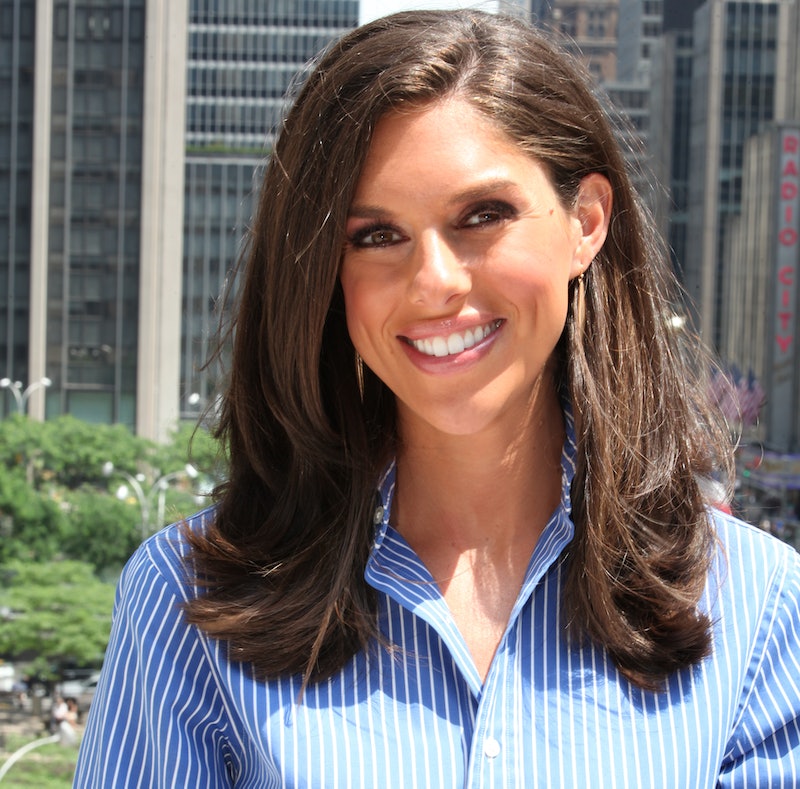 You may remember Abby Huntsman from the 2011 New Yorker profile of her and her sisters. The feature detailed the charming Twitter account the threesome maintained during the unsuccessful bid of their father, former governor of Utah and former U.S. ambassador to China, Jon Huntsman, Jr., for the 2012 Republican presidential nomination. More recently, Abby Huntsman has worked for Huffington Post Live and MSNBC. And last fall she became, in her words, the “newest and probably the youngest” female anchor at Fox News, a role in which she claims to have gotten to know her new boss, Fox News CEO Roger Ailes, quite well.

“He’s the one that was responsible for bringing me in [to Fox News],” she tells me over the phone. “And I’ve got to say, for the eight months I’ve been there, Fox has been the most professional of any place I’ve worked. I’ve never felt uncomfortable with any of my co-hosts, with anyone in management, or with Roger.”

Update: On July 21, Ailes resigned from his positions as Chairman and CEO of Fox News Channel and Fox Business Network, and Chairman of Fox Television Stations, effective immediately. Rupert Murdoch, who is the executive chairman of 21st Century Fox, will take over. Ailes has not released a statement, but Murdoch said, in part: "Roger Ailes has made remarkable contributions to our company and our country," as reported by Deadline.

Earlier: Why am I grilling Huntsman about her boss? Because she’s described Fox in previous interviews as a great place for women, which is in stark contrast to former Fox News host Gretchen Carlson's recent lawsuit, which alleges Ailes sexually harassed her throughout her 11-year tenure and ultimately fired her for rebuffing his advances. Shortly after Carlson went public with her story, six other women, two of whom identified themselves by name, shared similar stories about Ailes with New York Magazine. One woman, who goes by Susan in the piece, alleged that Ailes exposed himself to her and chased her around a desk, demanding that she kiss his genitals when he worked for The Mike Douglas Show. She was allegedly 16 at the time.

Ailes flat-out denied Carlson's claims in a statement, characterizing her lawsuit as “retaliatory,” given the network's decision not to renew her contract:

Gretchen Carlson’s allegations are false. This is a retaliatory suit for the network’s decision not to renew her contract, which was due to the fact that her disappointingly low ratings were dragging down the afternoon lineup. When Fox News did not commence any negotiations to renew her contract, Ms. Carlson became aware that her career with the network was likely over and conveniently began to pursue a lawsuit. Ironically, Fox News provided her with more on-air opportunities over her 11-year tenure than any other employer in the industry, for which she thanked me in her recent book. This defamatory lawsuit is not only offensive, it is wholly without merit and will be defended vigorously.

In response to the claims made to New York Magazine, Ailes' lawyer, Barry Ansen, released a statement: "It has become obvious that Ms. Carlson and her lawyer are desperately attempting to litigate this in the press because they have no legal case to argue. The latest allegations, all 30 to 50 years old, are false." Fox News’ Rupert Murdoch-owned parent company, 21st Century Fox, vowed to investigate Carlson’s allegations. In recent days, a number of people who work or have worked for Fox News have come forward to defend Ailes.

Huntsman is on Team Roger. She agreed to speak with Bustle because she “thought it was important” to get “my side of the story out there.” Carlson, for her part, told the The New York Times she filed her lawsuit because she “finally felt it was time” to speak up.

Huntsman tells me she found Ailes to be supportive and respectful, then abruptly switches topics. “I want to make this clear because this has been talked about I think in a lot of places, with what we wear?” she says. “I’ve never been told what to wear. … I pick out my outfit every single morning based on what I want to wear. I’ve never been told that I can’t wear something or to change it or that my hair or my makeup needs to change.”

This strikes me as an odd tangent, given that I haven’t asked about clothes, until I remember that, as CNNMoney reported, a number of women have recently and specifically denied that Ailes, an alleged leg man as reported by Gawker, barred female anchors from wearing pants. CNNMoney also noted that this is hardly relevant, as Carlson didn’t raise Ailes' alleged pants ban in her complaint. A press representative from Fox News tells Bustle: “FOX has said that there is no edict against pants.”

As for what Carlson’s suit actually alleges, Huntsman tells me she “can’t speak for Gretchen or what she’s been through.” That said, she finds it difficult to read the headlines about Ailes’ alleged misbehavior: “As a woman, you always want other women to have positive experiences.” Huntsman continues: “Roger’s a mentor to me. … He’s been so helpful and so pivotal in my career.”

I press the issue. Has she witnessed any behavior that was troubling or problematic, not only toward her, but toward someone else? “I did read the full lawsuit,” she says. “And I will say that the one thing that stuck out to me and I think a number of women at Fox that I’ve talked to is the assumption that if you are a woman there and you’re progressing and doing well, that it’s not because of your merit or because you are working hard and are good at your job. It might be because of other things. And I think that was just very unfair of an assumption to make."

There’s a pause, and Huntsman continues. “And ... it’s also not because I’m afraid to lose my job or because I’m working there, you know, I speak out because I just want to be honest about my experience.”

I ask Huntsman about Fox’s formal sexual harassment policy. “I think it’s pretty standard. … I go back to the family analogy,” she says. “When Roger hired me he was very clear, like, ‘Don’t do drugs. Don’t embarrass this company.’ … He’s very big on making people aware of how important it is to represent yourself well, and represent the company well.”

I ask Huntsman if she was asked by Fox to speak to media about this.