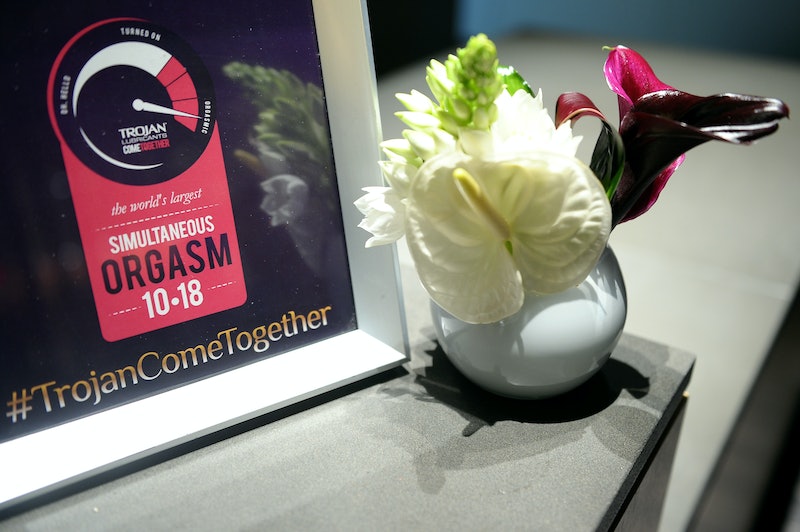 According to Jim Pfaus, who specializes in the neurobiology of sexual behavior at Montreal’s Concordia University, orgasmic dysfunction can be caused by a wide variety of issues. “Some women confuse what’s called sympathetic arousal, like increased heart rate, clammy hands, nerves, and so on, with fear,” he tells New Science. “That makes them want to get out of the situation.” Valium can be prescribed to help with the anxiety — but the trouble with using it is that Valium can also delay orgasm.

An implant, however, could solve the problem manually. How does it work? First, electrodes are fitted to specific nerves in the patient’s spinal cord. These electrodes connect to a small signal generator roughly the size of a packet of cigarettes, which gets implanted under the skin of the patient’s buttocks (fun!). The implant then uses a hand-held remote control to trigger it. Just push the button, and voila! Instant orgasm!

Given that the surgery involved in getting one of these magical implants is rather invasive, it’s expected that they would be reserved for extreme cases of orgasmic dysfunction. But Pfaus has no doubt that once it’s readily available, it’s going to be a hot ticket. “If young women of 15 or so are having painful operations to enlarge their breasts when they don’t have to, are you kidding? Of course it’ll be used,” he says.

Stuart Meloy, a surgeon at Piedmont Anesthesia and Pain Consultants in Winston-Salem, North Carolina, expects clinical trials of the implant to begin later this year. He, too, thinks that it could help out in a big way. “If you’ve got a couple who’ve been together for a while and it’s just not happening anymore, maybe they’ll get through it a bit easier with this,” he says. The device could, in theory, even work on men.