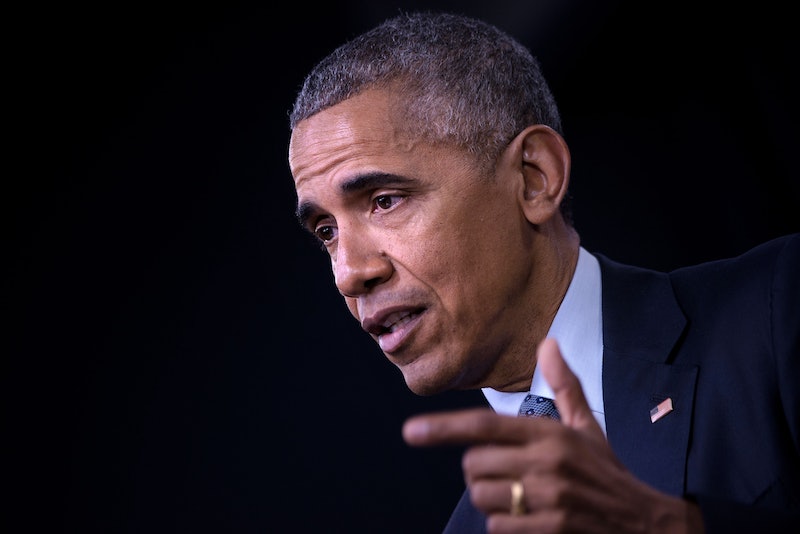 On Friday evening, the opening ceremony of the 2016 Summer Olympics in Rio, Brazil will be taking place, bringing together hundreds of countries for the traditional Parade of Nations, with a slew of heads of state in attendance. And if you're an American, you might be wondering whether your nation's leader will be in attendance for the last summer games of his tenure ― in other words, will President Obama be at the Rio Olympics opening ceremony?

Well, here's the thing: Sadly for anyone who's a fan of these grand appearances of international unity (even if it's largely symbolic and doesn't reflect any broader goodwill or political cooperation), the answer is no. President Obama won't be in Rio on Friday, having instead designated an official presidential delegation to appear. In other words, it'll be U.S. Secretary of State John Kerry who'll be in attendance at Maracana Stadium. But why?

The answer is somewhat complicated, and in all honestly, slightly opaque — it's worth remembering that it could be as simple as Obama not enjoying these ceremonies and not much caring to put on a good face, now that he's just months from the end of his second term, and his return to life as a private citizen.

But there are political reasons he might want to keep some distance, as well. As Evelyn Anne Crunden expertly detailed for ThinkProgress on Friday morning, the nation of Brazil is currently mired in the worst political and economic crises the country has faced in some time, underscored by the recent impeachment (some would call it a coup) of former President Dilma Roussef. There is simmering hostility towards the very presence of the games within Rio at a time when spending on basic services is scant, and quality of life has plummeted.

The people of Brazil have some practice being outraged and disgusted by the presence of an opulent sports tournament in their midst ― during the 2014 World Cup, the country was similarly flush with protest and outcry. In other words, it's a fraught situation all around, and by declining to appear, Obama may be trying to send a quiet, implicit message to the government of Brazil, or its new president Michel Temer. The 75-year-old Temer, who was vice president of Brazil from 2011 to 2016 before replacing Roussef in June, has not had a smooth go of things either ― quite the contrary, he's been immediately beset by allegations of fraud and corruption.

In other words, on top of the fact that hey, maybe Obama just doesn't love opening ceremonies that much ― he didn't attend the opening ceremony of the 2012 Olympics in London, either, sending First Lady Michelle Obama to head the American delegation ― there are credible political excuses for him to keep things at arm's length, too. So, here's hoping Kerry enjoys all the pomp and celebration! After all, it'd be a crying shame if nobody within the American government had any interest, even if the president can afford to go with his gut at this point.

More like this
What Is Barack Obama’s Net Worth? He Makes *Way* More Now As An Ex-President
By Hugh McIntyre
Photos Of Boris Johnson Drinking At A Downing Street Lockdown Party Have Surfaced
By Bustle UK
President Zelensky Spoke Out On Ukraine's Chances Of Hosting Eurovision Next Year
By Sam Ramsden
10 Times Diana & Meghan Spoke Similarly On The Royal Family
By Sophie McEvoy
Get Even More From Bustle — Sign Up For The Newsletter