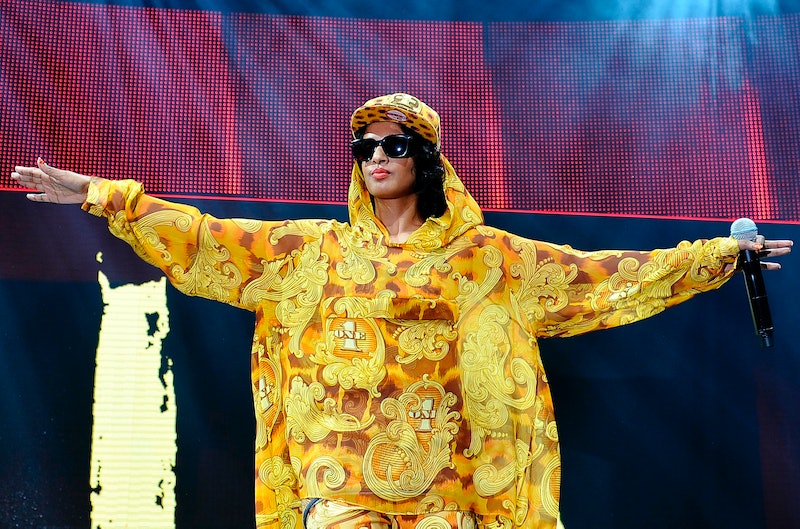 As far as awesome new music is concerned, it looks like 2016 doesn't plan to hit the brake anytime soon. On the ninth day of September, Oscar-nominated musician and legendary wearer of polka dots Maya Arulpragasam will drop her fifth studio album, AIM . There’s a litany of reasons to be stoked about the followup to 2013's Matangi (“Go Off” is on it! Diplo is on it! Skrillex is on it! Blaqstarr is on it! And ya know, it’s an M.I.A. record and M.I.A. is undeniable!), but a most intriguing detail about AIM was revealed on Monday: In a recent interview with Entertainment Weekly, M.I.A. said Zayn Malik will be on AIM. The "Pillowtalk" singer/ex-One Direction member/legendary wearer of robot arms will appear on a track titled “Freedun." Where can my ears sign up? Because my ears are already extremely on board.

Before you let your mind run wild with a charming montage in which M.I.A. and Malik hang out in the recording studio and share snacks and high-five every time they nail a take (and yes, that is precisely where my mind went), that is not what happened. Not even close. With the help of a popular mobile messaging app, the two musicians recored the song remotely. Here’s what the “Bad Girls” artist told Entertainment Weekly:

We just basically did it while I was here [in India], because I’ve been here for a week-and-a-half. We’ve just been going back and forth on, you know, WhatsApp.

Ready to move on from that weird The Six Million Dollar Man bit? Me too! Here's the banger that is "Go Off":