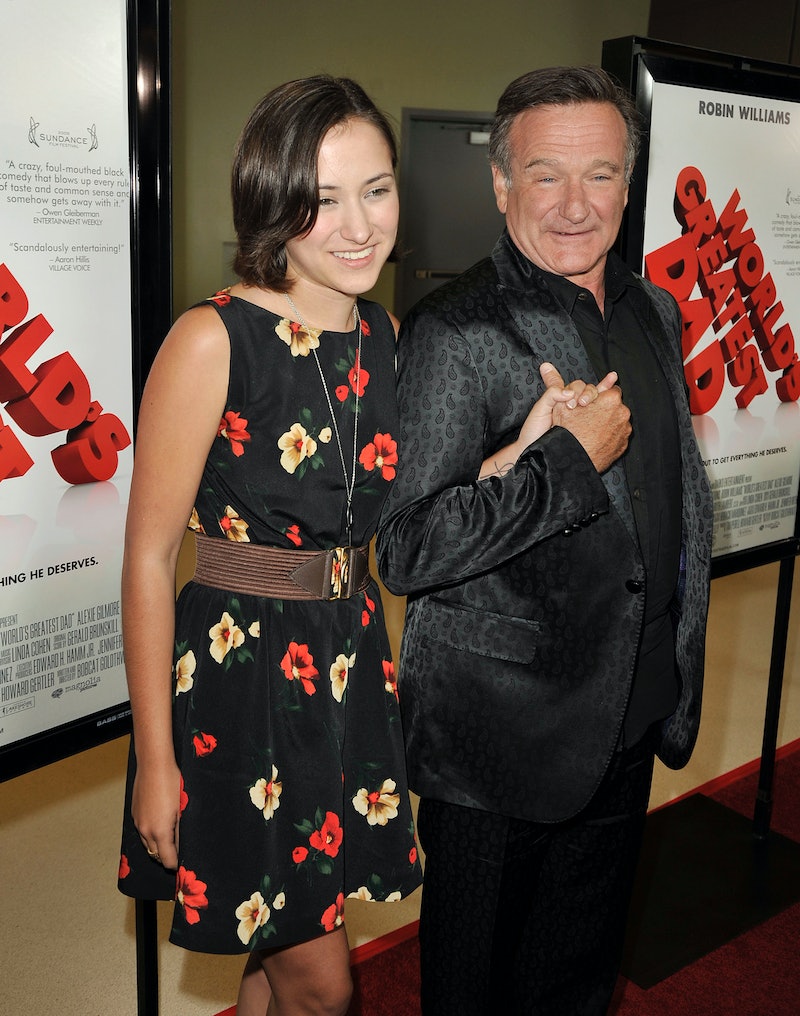 It's been nearly two years since the tragic loss of Robin Williams. While the world mourned the comedic legend, Zelda Williams lost her father — a bond that goes much deeper than that between a fan and celebrity. In a move that serves as a perfect example of self-care, Zelda Williams is taking a self-imposed hiatus from social media to coincide with the upcoming anniversary of her father's death. Although it's undeniably sad, it's a respectable decision and shows she's giving herself the space she needs to grieve. On Sunday, she posted on Twitter:

So, it's that time of year again. I will be taking another break off social media. For those who always ask why, it's so people can memorialize Dad on the anniversary of his death however they wish without me having to feel bombarded by it, or pressured by the expectation put on myself or my family to publicly acknowledge or join in doing so.

While she's taking time for herself, she also added, "My main point being you should continue to remember Dad however you want!" She also threw out the names of two of the "many" causes fans can support, if they're interested in honoring her dad in that way. She listed the Reeve Foundation and the Challenged Athletes Foundation, but said other charities are only a Google search away.

The biggest takeaway from Williams' message is the part that says, "Hearts just need little breaks sometimes!" Sometimes things in life are upsetting and you just need to step away for a moment — there's nothing wrong with putting emotions first. It's commendable she's spreading that message, and letting others know it's OK to take the time they need as well. While fans likely remember Robin when Good Will Hunting or Dead Poets Society pops up on TV, she probably thinks of him much more often, and seeing everyone's tributes all at once could understandably be a bit overwhelming.

It's also worth noting that soon after her father's death in 2014, Williams was sent a slew of aggressive and terrible messages online. The bullying was so bad that she temporarily deactivated her Twitter and Instagram accounts. At least that's not the reason she's taking a hiatus this time. In the tweet above, she even acknowledged the positive support she and her family have since received. She wrote, "I will always be so grateful for all the love the world had and continues to have for dad."

Sending tons of support and good vibes Williams' way. Based on the above, it's clear she was raised to be a well-spoken, compasisonate individual. And in that way, she's just like her father.