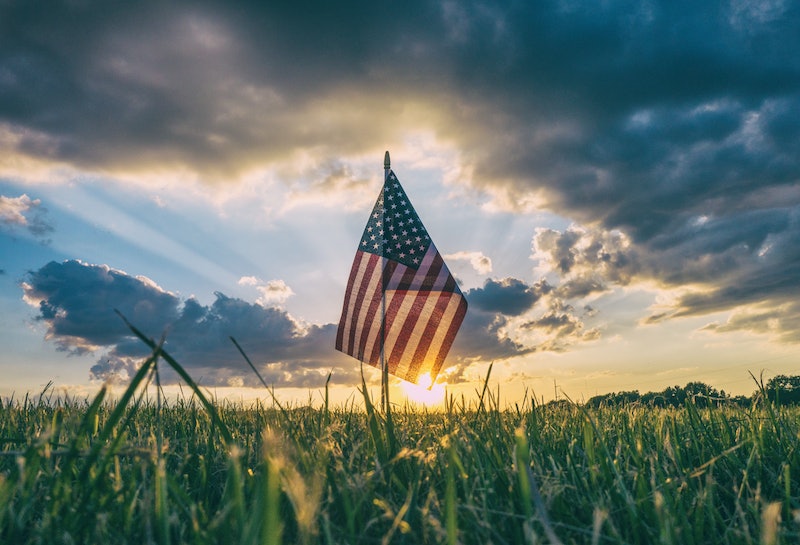 They call themselves the GOP and the Party of Lincoln, but lately those haven’t been the only nicknames directed at the Republican Party — although they’re arguably some of the nicest (depending on who you talk to, or what books about the Republican Party you read.) If you’re a Republican who is spending this election season wondering how you could have been so easily betrayed by the party you thought it wise to align yourself with, it’s starting to seem like you’re definitely one of the many. Perhaps even one of the most. And for us younger voters — Millennials whose political awakenings came in the eras of Clinton (Bill), Bush, and Obama — the “Party of Lincoln” seems like something that must have existed light-years away from the landscape we’re traversing now.

But as the one and only MLK said: the arc of the universe is long, and it bends towards justice; and one of the best ways to stay above the fray, keeping this entire wack-a-doodle election in perspective, is by turning to your bookshelves — and some of these books about the history of the Republican Party. Because as it turns out, politics in America weren’t always so reminiscent of The Hunger Games-meets-Game of Thrones-meets-The Cat in the Hat (remember how much chaos and destruction that cat actually caused?)

No matter what side of the political party divide you might fall on, this election season it’s definitely important to familiarize yourself not only with current events, but with where those current events fit into the trajectory of American political history as a whole. The future of our country is right around the corner, and we want to be sure to greet it with the best of ourselves when it comes. Start by checking out these 9 nonfiction books about the Republican Party.

1. The Tea Party and the Remaking of Republican Conservatism by Theda Skocpol and Vanessa Williamson

We hear a TON about the Tea Party these days — and for all the opinions that are out there, you might not even know or remember how the Tea Party came to be in the first place. Originating from a political rant heard ‘round the country, delivered by CNBC commentator Rick Santelli, the Tea Party began gaining steam as conservatives from across the United States rallied together around Santelli’s call to action. But who are the people behind this headline-making (for better or for worse) group and what do they want? Harvard-based researchers Theda Skocpol and Vanessa Williamson find out in their book: The Tea Party and the Remaking of Republican Conservatism.

2. Grand Old Party: A History of the Republicans by Lewis L. Gould

When you look at the history of the Republican Party — all 160-plus years of it — it’s hard to believe those origins led to the election many voters are cringing over circa 2016. But once upon a time the “Party of Lincoln” really was the political party of Abraham Lincoln, starting as an antislavery coalition and steadily gaining power from there. From 1850 to 2003, Lewis L. Gould traces the history of the Republicans, illuminating the key events that took the Republican Party from the days of Lincoln to the days of… well... you know who.

3. Drinking with the Republicans: The Politically Incorrect History of Conservative Concoctions by Mark Will-Weber

Just in case the 2016 race for the White House doesn’t already have you craving a cocktail, it most definitely will soon. And if you’ve ever wondered which Republican would hide cheap wine labels, or who mixed their whiskey with vodka and orange juice, Drinking with the Republicans: The Party Animal's History of Liberal Libations is the book for you. Plus, it’s got all kinds of recipes you’ll want to try.

4. Rule and Ruin: The Downfall of Moderation and the Destruction of the Republican Party, from Eisenhower to the Tea Party by Geoffrey Kabaservice

If you think American politics are in an era of Republican downfall, it turns out a lot of political analysts agree — and while many will blame the rise of the Tea Party for the divide within the Republican Party, Yale professor and political writer Geoffrey Kabaservice pinpoints the party’s problems as starting just a tad earlier: with President Dwight Eisenhower's farewell address. Profiling a party that was once known for its fiscal conservatism and moderate social engagement, Kabaservice explores the Republican split, and explores whether or not the days of a moderate majority within the Republican Party might be over.

5. Team of Rivals: The Political Genius of Abraham Lincoln by Doris Kearns Goodwin

You can’t explore the history of the Party of Lincoln without diving into some of the history of the great man himself, and Doris Kearns Goodwin’s Team of Rivals: The Political Genius of Abraham Lincoln is one of the best books about former President Abraham Lincoln ever penned — so good it was even made into that one movie people just could not stop talking about. Perhaps one of the most complex portraits of Lincoln ever written, Team of Rivals explores the political genius, inspirations, motivations, and compassion of Honest Abe, and demonstrates what made him such an unforgettable leader.

6. The Parties Versus the People: How to Turn Republicans and Democrats into Americans by Mickey Edwards

Although not exclusively about the Republican Party, this book is a must-read for anyone who has found themselves starring at a CNN broadcast many an evening this election season, pulling at their hair and shouting: “Why?!” In The Parties Versus the People: How to Turn Republicans and Democrats into Americans, former congressman Mickey Edwards explores the damage that constant partisan warfare does to our political system, and offers solutions — valuable to Republicans and Democrats alike.

7. Do Not Ask What Good We Do: Inside the U.S. House of Representatives by Robert Draper

When I think of the House of Representatives, a Schoolhouse Rock video I watched repeatedly in the early ‘90s is usually the first thing that comes to mind — but as it turns out, House politics are a lot more complicated than a cartoon scroll dancing around Capitol Hill. In 2010 voters turned the formerly Democratically-controlled House over to the Republicans, and the U.S. House of Representatives saw its lowest approval rating in history. In response, journalist Robert Draper set out to explore what exactly went wrong — and he does it in about as moderate a way as a political reporter can.

8. The Selfie Vote: Where Millennials Are Leading America (And How Republicans Can Keep Up) by Kristen Soltis Anderson

Sometimes Millennials can be just as politically divided among ourselves as we are from the older generations who have been casting their ballots long before we even knew what a ballot was. In The Selfie Vote: Where Millennials Are Leading America (And How Republicans Can Keep Up) GOP Millennial pollster Kristen Soltis Anderson explores how youth, women, and minorities are voting today, and how the traditionally older Republican Party can keep up with the ever-changing landscape of American politics.

9. To Make Men Free: A History of the Republican Party by Heather Cox Richardson

In To Make Men Free: A History of the Republican Party historian Heather Cox Richardson traces the history of the Republican Party — from the days when President Lincoln founded it with the hopes of providing economic opportunity for all Americans beyond the era of slavery, to the days of President Ronald Reagan and the big business-fueled financial crisis. Richardson explores the journey the Republican Party took from once being America’s most celebrated party, to being the party that seems to constantly stand in the way of its own success — by neglecting to remember and uphold the basic principles it was founded on.