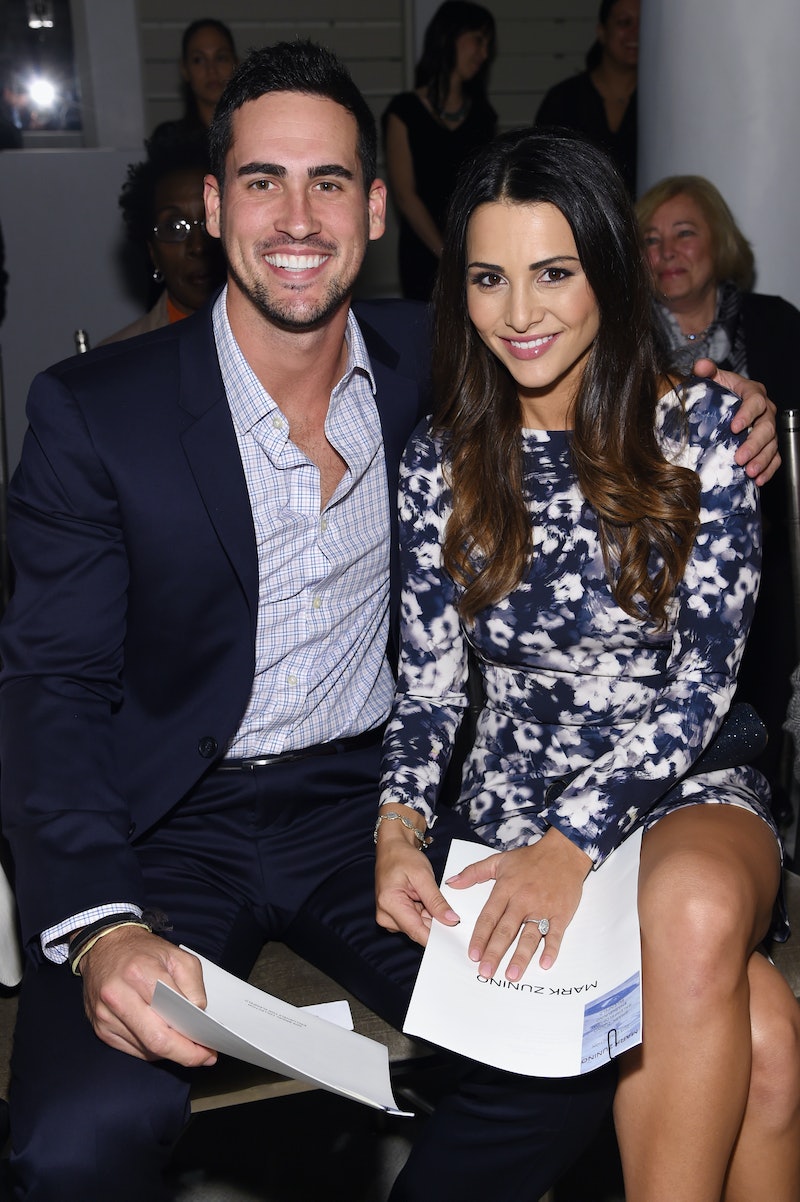 After Josh Murray landed in Bachelor in Paradise last week, he hit it off with Amanda Stanton pretty much immediately. There's only one thing standing in his way: Everything that Andi Dorfman said about Josh in her book, It's Not Okay. She didn't exactly paint him in the most flattering light, and, now, Josh is having to answer for everything Andi claimed he did. On Monday night's episode, Evan approached Amanda about Josh's reputation, and, as you can imagine, Josh was not pleased. And, if you've been wondering what Josh thinks about Andi's book — don't worry, he has plenty to say.

For starters, he's denying everything Andi wrote. "I can't comment on specific things in any kind of book that my ex has written, because it's a fictional story," he told the camera during BiP. "There's stuff that's so ludicrous; how do you comment on stuff like that?" Then, during Monday's episode, Josh tweeted, "I'll be awaiting my check for all these book promos. Better get more than the other cast mates got at the very least. #TruthWillComeOut," but then deleted it just a few minutes later. Hmm.

Andi, meanwhile, has seemingly stuck behind her side of the story, tweeting this a few days ago:

It's pretty clear that Josh isn't happy about what Andi has said about him, and I have a feeling the topic won't be dropped anytime soon, even though it's already been beaten to death on BiP.

If Andi wants to make an appearance this season to talk this through, I wouldn't hate it. It doesn't seem fair that they all get to discuss this without her!