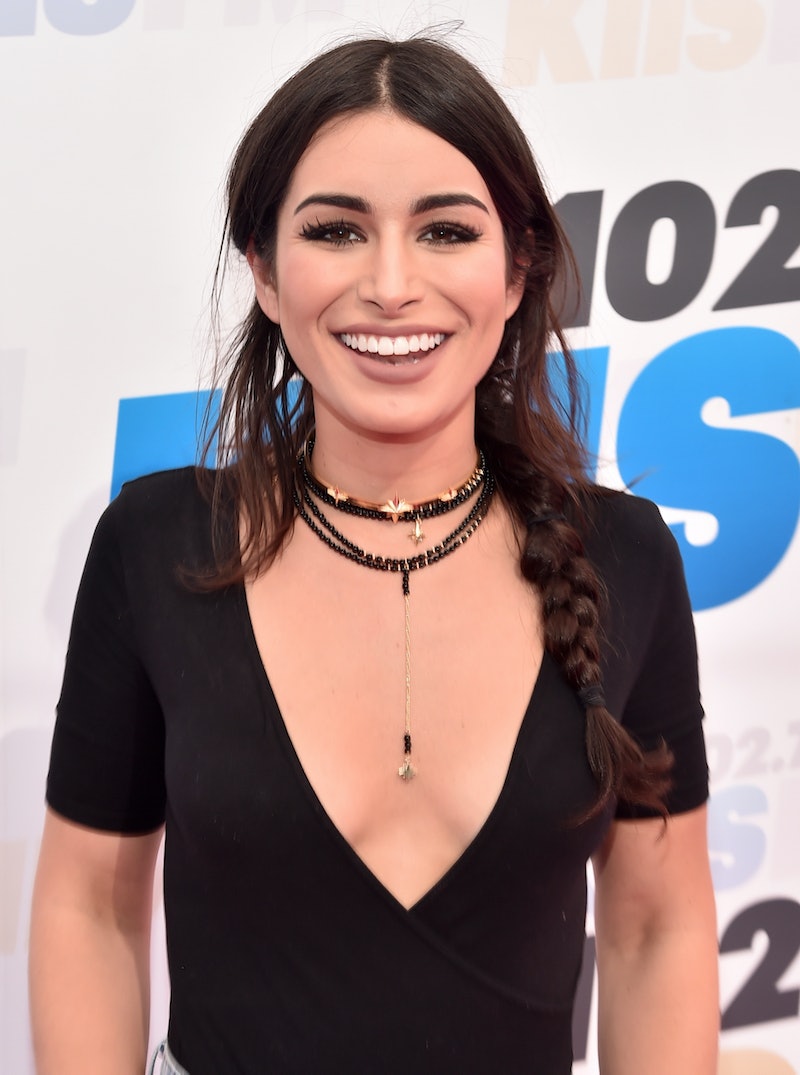 You guys, Ashley Iaconetti is back on Bachelor In Paradise! Our favorite resident almost-Kardashian is back, and her tears are as pure as they were on Chris Soules’ season. As you may remember from Bachelor In Paradise 2 , Ashley was really into Jared Haibon last summer, but Jared kept waffling back and forth on whether or not he wanted to be with her. The two are close friends, but she finally admitted to Chris Harrison that Ashley and Jared had hooked up after Bachelor In Paradise Season 2.

Juicy stuff, right? Well, kind of. Chris Harrison asked how far Jared and Ashley had gone, “in baseball terms,” because of course he did, and Ashley said second base, which most people define as just some smooching and some minor boob grabbage. Ashley also said she is still a virgin, because for some reason people keep asking her that. It's her own business, OK? Leave her alone.

But, Ashley also said that, while she and Jared are super close friends, they hadn't hooked up like that in about five months as of her entry to the show. If Jared and Ashley hadn't had physical contact in half a year, it couldn't be that serious — hence why he was OK going out with Caila. Ashley and Jared are just pals and that’s that. They are not meant to be.

And, in that case, I think Jared needs to cut ties with Ashley. I really do. I know that it’s hard to break up with someone that’s a big part of your life — friend or not — but I think Jared is leading Ashley on by implying there’s a glimmer of hope of them being together. You can’t be friends if you know she’s in love with you, dude. Ashley said that it will never be “just friends” for her, and maybe Jared should respect that and say goodbye.