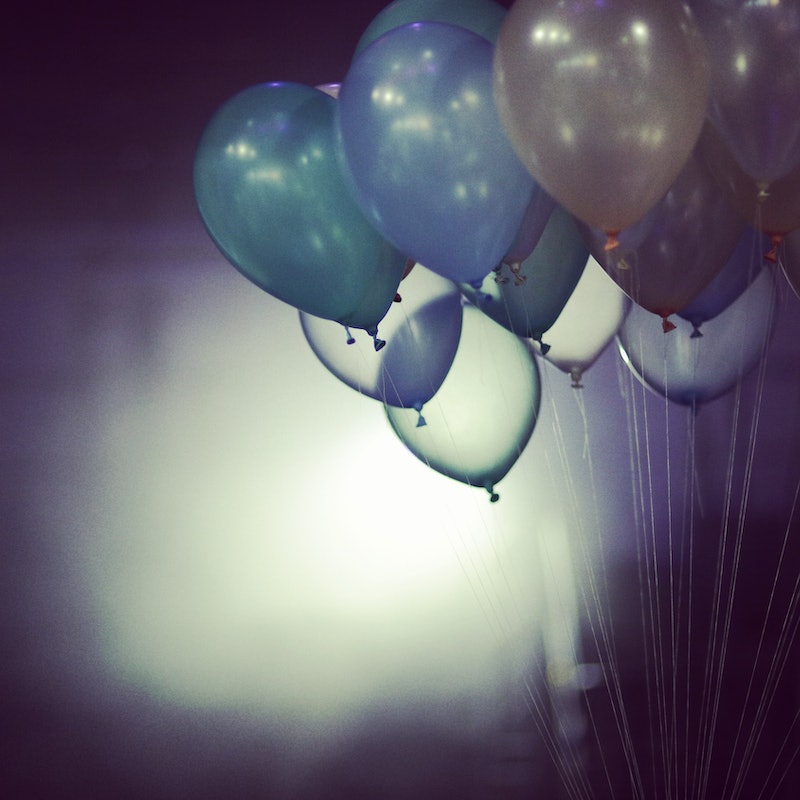 You can tell a lot about a person from their Instagram account — what they like to eat, what they like to wear, and maybe even what their mental health is like. That's right: Researchers say that Instagram photos can help predict who may have depression. But the signs probably aren't what you think they'd be.

In a study involving 166 Instagram users and over 40,000 photos, researchers tested out a machine learning program that analyzed the photos, looking for signs of depression. The algorithms considered a wide variety of factors, ranging from facial expression to composition to color hue; and as it turns out, they were surprisingly effective in predicting which users had depression. In fact, their success rate held even when looking at photos posted by people with depression before they received a diagnosis.

Interestingly, the computer program in question wasn't just effective; it was much more effective than humans who analyzed the photographs. More than half of the diagnoses from general practitioners who looked at the same accounts and photographs were false positives. In contrast, the majority of machine-generated diagnoses were correct. Which suggests that human beings — even human beings with a medical degree and presumably more than average familiarity with the signs of depression — aren't actually all that great at recognizing the signs of depression. Or at least, not in Instagram photos.

What's the takeaway from that? That your friend's sad photos don't automatically mean they're depressed. The real markers are subtler; depression is often more complex than we assume.

So what are the signs of depression? Well, obviously, this model isn't perfect, but there are some features that the researchers noted seem to be significant. Depressed users were more likely to filter out more color from their photos, and to include more blues and grays than people without depression, for instance. This is consistent with past findings that people with depression are less drawn to bright colors than non-depressed people are.

Many other markers are things that suggest social isolation, which is also correlated to depression. For instance, people with depression received fewer "likes" for their photos on average. Although more likely to include faces in their photographs, they tended to include fewer faces on average. They also tend to use more self-focused language in their captions.

Though it's worth noting that these markers also aren't absolute, either. Someone's Instagram could display all of these traits, yet the user could still have perfect mental health.

Overall, though, the researchers are hopeful that machine-learning programs like this one could be helpful in diagnosing people with mental health conditions. "[The] present work may serve as a blueprint for effective mental health screening in an increasingly digitalized society," they write in the study. "More generally, these findings support the notion that major changes in individual psychology are transmitted in social media use, and can be identified via computational methods."

And indeed, all kids of research has found that what we post on social media can say a lot about our personalities and mental state. So it isn't so out there to think that one day those things might be factors in evaluating people in a clinical setting — though it seems that if we're going to let people do the assessments, they should be specially training in what to look for in social media posts. Because it seems that even doctors don't necessarily know what to look for.

Overall, this sort of research will hopefully make it eventually easier for people to receive mental health diagnoses earlier, allowing them to start getting treatment. Because when it comes to this, sooner is always better.