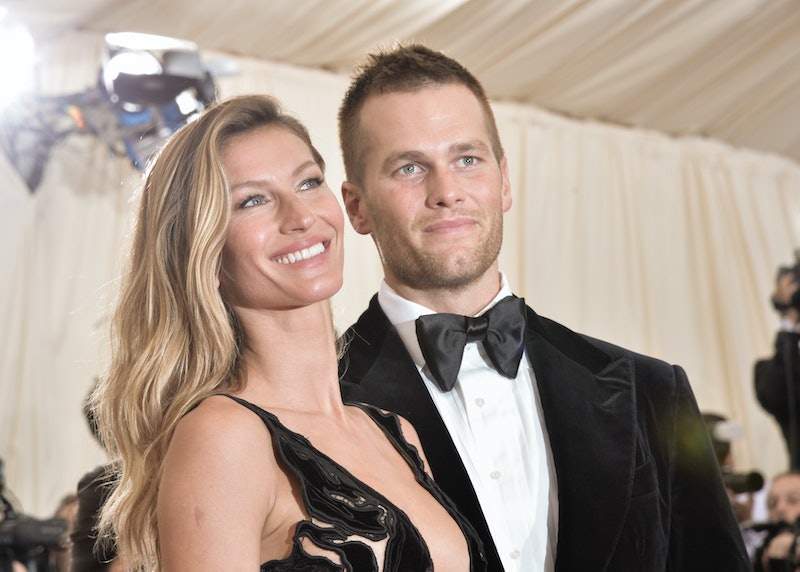 When Gisele Bündchen took arguably the longest runway walk ever at the opening ceremony at the 2016 Olympics in Rio, her husband Tom Brady was unfortunately not in attendance. In fact, he wasn't even in the country, as he was back home in the U.S. training for the upcoming football season, according to People. And while he undoubtedly cheered his wife on from afar, the fact that the New England Patriots quarterback has been in Massachusetts could also explain why Brady isn't at the Olympics' closing ceremony.

Oddly enough, Brady suffered an injury that kept him from playing in a pre-seaon game last week, according to the NFL. The quarterback accidentally cut his thumb on a pair of scissors and did not play in the pre-season game against the Chicago Bears on Thursday. And according to a CSNNE source, the quarterback will not be at practice on Sunday or Monday, though the site reported that "a reason was not given for his absence."

Regardless of what is going on in Brady's own football career, he could not have been prouder for his wife and her runway walk during the Olympics opening ceremony.

"It was amazing to see her out there and do that. It was the best part of the Olympics for me," Brady told ESPN. "She's an amazing woman, an amazing mother, and she represents the best of Brazil as far as I'm concerned. It was an amazing spectacle and she's an amazing person."