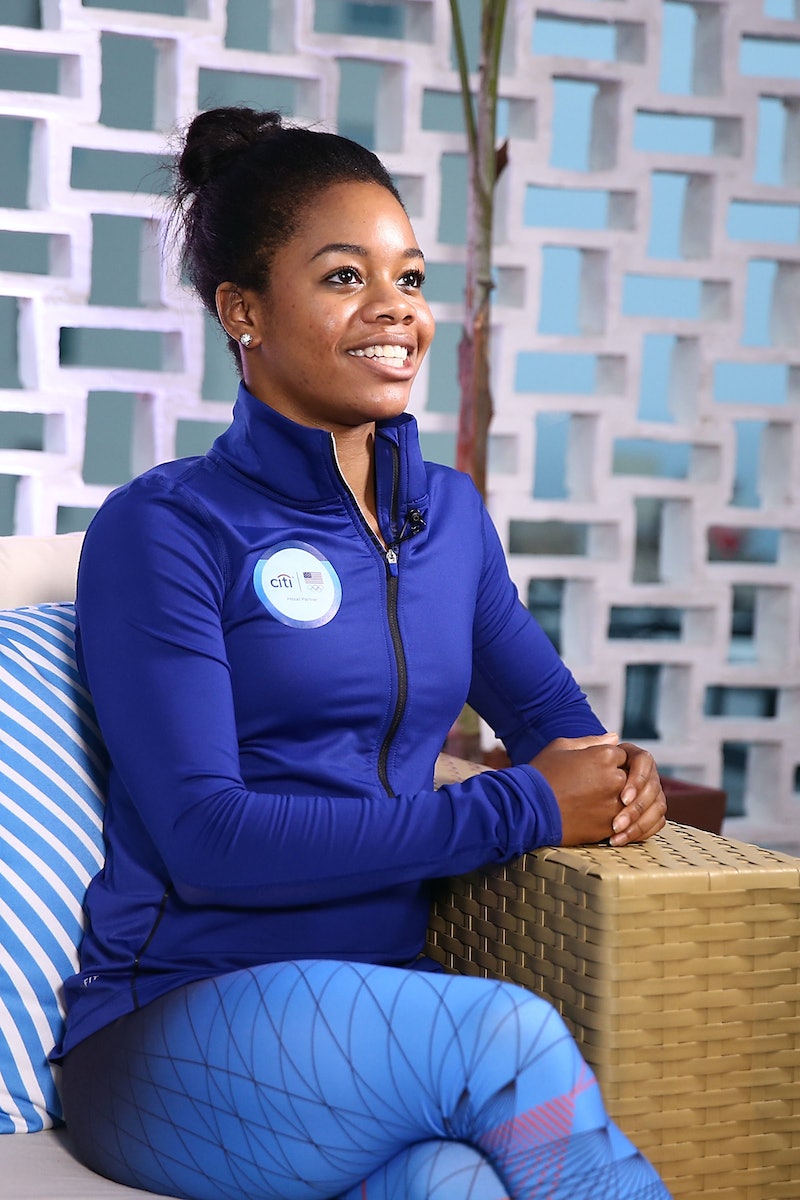 On Sunday night, the 2016 Rio Olympics came to a close and athletes from all around the world gathered to celebrate their accomplishments with a lot of flags and a lot of dancing. But, one athlete who is super well-known in the U.S. and abroad was missing. Gabby Douglas was not at the Olympics closing ceremony, and her absence was all the more obvious considering her gymnastics teammates were really living it up. So, what gives? Where was she?

Well, Douglas is back in the U.S. The gold medalist tweeted on Saturday, "[peace sign emoji] Rio! Wheels up to the USA, @SamsungMobileUS #GearIconX headphones in. #spon." It's unclear exactly why Douglas decided to leave early, but it's not uncommon for an Olympic athlete to head home before the closing ceremony. Michael Phelps also flew back the U.S. after his events were over because he had important things to do like hang out with his fiancée, Nicole Johnson, and his baby son, Boomer. Like Phelps, Douglas' events were over long before the last day of the Olympics — her last event, the uneven bars final, was an entire week before the closing ceremony on Aug. 14. Douglas still stuck around a few days longer, though, during which she was spotted supporting her teammates in the stands.

As for those teammates, they seem to be having a great time at the closing ceremony. Simone Biles was the U.S. flag bearer for the ceremony, and Aly Raisman tweeted a behind-the-scenes picture of herself and Laurie Hernandez surrounded by other athletes and enjoying some popcorn.

So, while Douglas isn't there in person, that doesn't necessarily mean she's not enjoying the ceremony at all. Perhaps she's just watching it from the comfort of her couch like the rest of us.