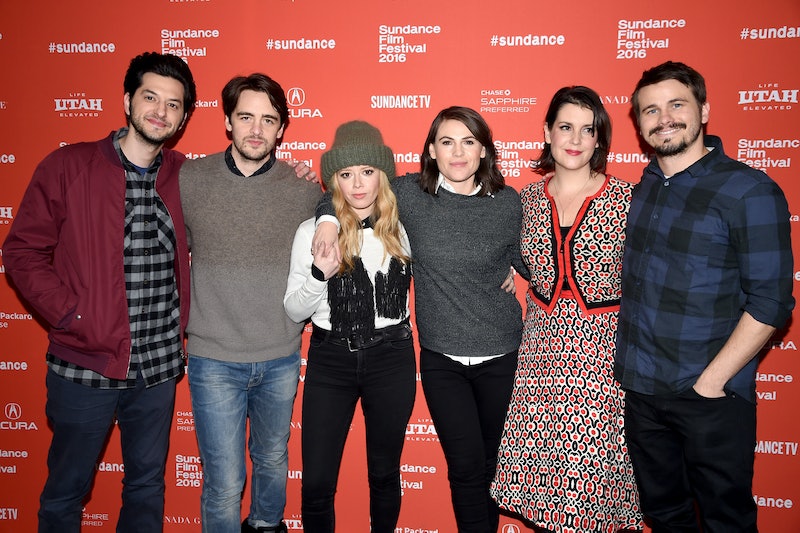 I have a theory that summer houses are a breeding ground for drama. Whether its an extended family or an extended friend group bunking together, the occupants of a summer house tend to leave with more revelations and regrets than they bargained for. Were people simply not meant to be holed up together in a tastefully decorated dwelling with too much wine and too few boundaries? Discuss. Anyway, the characters who go away together in actress Clea DuVall's directorial debut The Intervention brought their drama on themselves. In the ensemble film, a group of four couples go on vacation to a family home in Savannah. The purpose of the trip comes as a shock to one of the pairs. Their pals aren't there just to play board games and flag football; they are their to stage an intervention about Ruby (Cobie Smulders) and Peter's (Vincent Piazza) increasingly toxic marriage.

You know that saying about glass houses and stones? Well, it's a brave and somewhat reckless move for a third party — and in this case, many third parties — to make recommendations about a relationship without shining the flashlight on their own. The marriage in question is probably not the only relationship in danger in The Intervention. And some friendships may be at stake as well.

In this exclusive clip from the film, Jesse (DuVall) welcomes girlfriend Sarah (Natasha Lyonne) and engaged couple Annie (Melanie Lynskey) and Matt (Jason Ritter) to a family summer house straight out of Better Homes & Gardens. "What are you, a secret Kennedy?" Sarah asks on seeing the size of the place. Still to arrive are Jack (Ben Schwartz) and his new free spirit girlfriend Lola (Alia Shawkat), and of course, the intervention's target duo.

As backdrops for exposing secrets and weathering friendship crises go, you could definitely do worse. The Intervention opens Aug. 26 in theaters and on demand.

More like this
There's Plenty Of Drama Brewing To Warrant A 'Summer House' Season 7
By Brad Witter
The 'Hocus Pocus' Sequel Finally Has A Release Date & It Makes Total Sense
By Shannon Barbour and Radhika Menon
Watch The Dramatic First Trailer For Netflix's Jennifer Lopez Documentary
By Alyssa Lapid
What Does Doctor Strange’s Third Eye Mean?
By Arya Roshanian
Get Even More From Bustle — Sign Up For The Newsletter