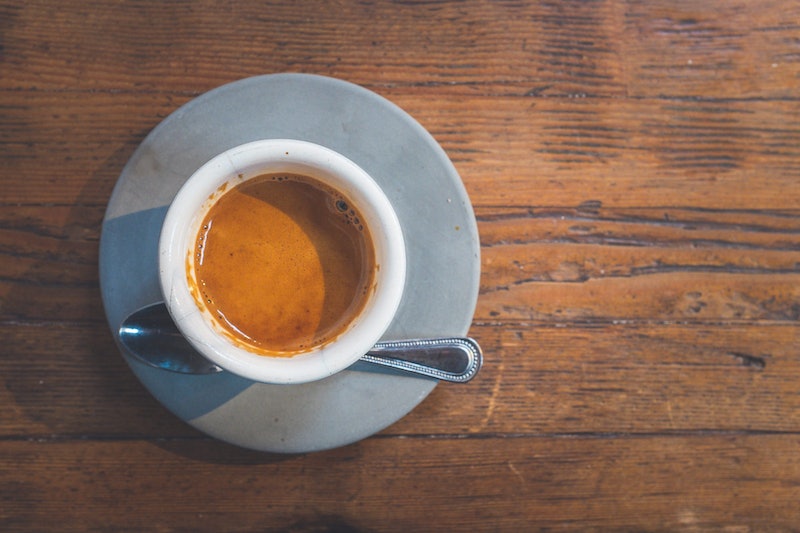 People say that coffee is an acquired taste, but it seem that many people need less of a push to become coffee enthusiasts than others: According to research, part of your coffee habit may be genetic. So if your parents tell you your coffee-chugging ways are unhealthy and that you should take better care of yourself, you can tell them that actually it's their fault you are this way.

So what is the deal with this whole thing? Is it like that gene that makes some people taste cilantro as delicious while others think it tastes like soap?

Not quite; the gene in question doesn't change the way coffee tastes, but rather how your body metabolizes it. In a recent study of people in Italy, researchers found that people with a specific variant of the PDSS2 gene drank an average of one fewer cups of coffee than those who didn't carry the variant. The gene variant, they found, slowed the pace at which the body metabolized caffeine — meaning caffeine stayed in the bloodstream longer and, thus, the effects of a single cup of coffee lasted longer as well. So, if you have the variant, you don't need to drink as much coffee to get lasting effects.

In the study, which was published in Scientific Reports , the authors note that more research is needed to understand the precise nature of how this gene variation works. However, this is not the first study to suggest that coffee has a genetic component. In fact, in 2014, scientists found six gene variations they believed were related to coffee consumption. And there's been evidence that genetics play a role in coffee consumption going back at least as far as 2011.

So if you're a coffee fan, it might not be because you're more sleep deprived than the person next to. It might just be that your genes aren't using the coffee you feed your body effectively.