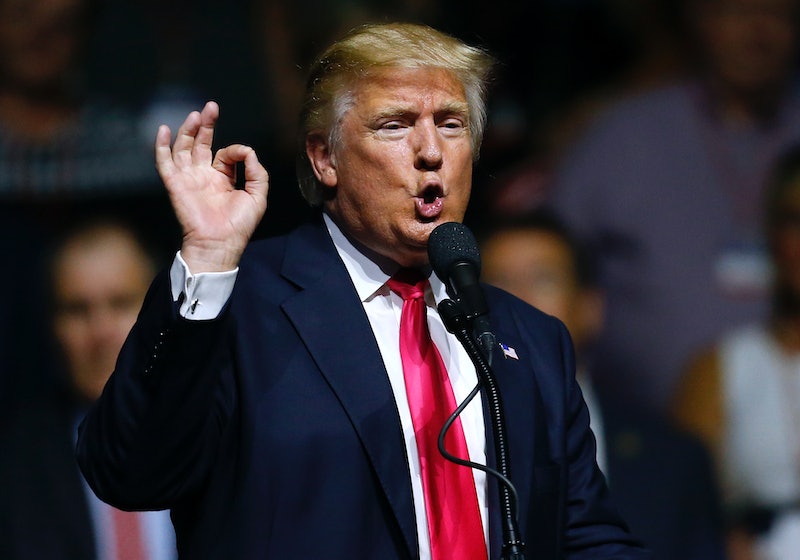 The big election news this week is that Donald Trump, widely known for his staunch anti-immigration policies, has suddenly indicated that he's open to letting some undocumented immigrants stay in the country. Many people are saying that it's a flip-flip, given that Trump has long supported the deportation of all 11 million undocumented immigrants in America. But according to campaign spokesperson Katrina Pierson, it's nothing of the sort. Trump hasn't changed his position on immigration at all, Pierson explained in an interview with CNN. He's simply "changed the words that he is saying." And that more or less sums up the Trump campaign so far.

As of now, Trump's position on blanket deportations is unclear, and for good reason: In a town hall with Sean Hannity Wednesday, Trump said that the campaign is "going to come out with a decision very soon" on the issue, which by definition means that his campaign has not come out with a decision yet. However, he also said that his supporters have been pushing him to take a more lenient position on non-violent undocumented workers, and suggested that he's considering their concerns.

Pierson quickly attempted damage control, and drew a distinction between Trump's "position on immigration" one the one hand, and "the words that he is saying" on the other hand.