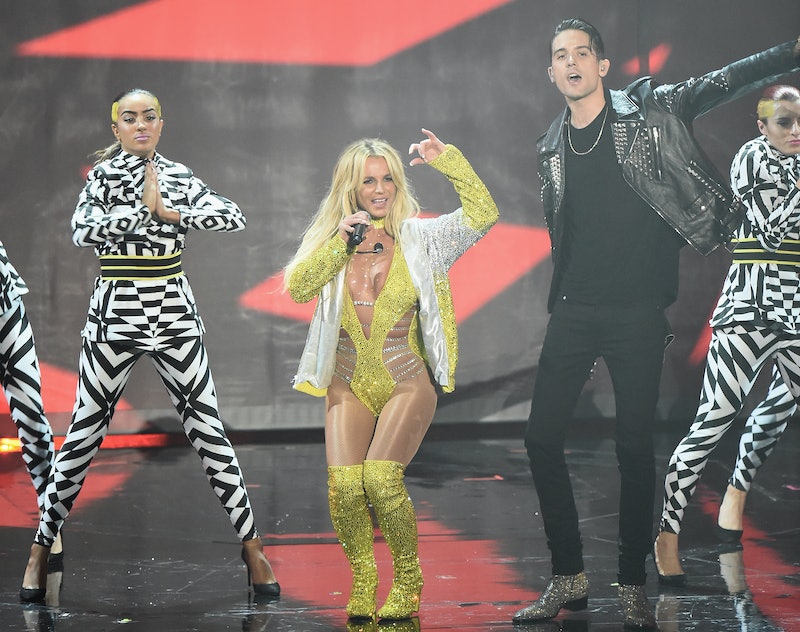 For Britney Spears to thrive at the MTV Video Music Awards just makes sense — she came of age (as a lot of us did) in the TRL age, and MTV played a big part in that pop scene. Spears’ VMA shows were always iconic — the 1999 one with NSYNC at school, the 2000 one in that sparkling jumpsuit, the giant python in “I’m A Slave 4 U” in 2001 — and I needed to see that Britney again on the stage. I wanted another snake, Wade Robson (remember him, Britney fans?) choreography, and a medley of chart toppers! And, for the most part, Britney was as close to old Britney as she's been in years. She even seemed like she was having fun on the stage! Unfortunately, Spears' performance left a few people underwhelmed, and it probably didn't help that she performed right after Beyoncé.

Tough crowd, right? I guess that people were just expecting more from Britney Spears, somehow? I mean, I would have liked to have seen some of her old hits being played, mostly because they're the songs I know and love the most, but it makes sense to play what is on the radio right now to promote it. Besides, this was eons better than her 2007 show, and it shows that the dancing, playful, fun Britney Spears is totally back and ready to go.