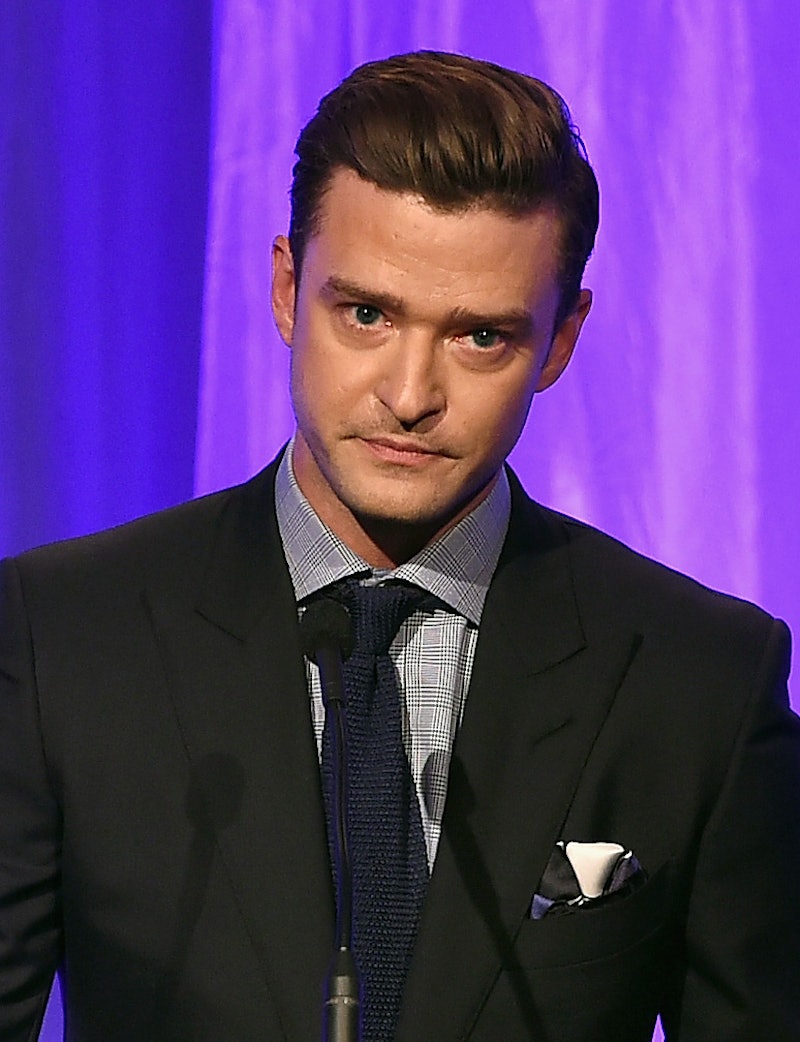 Justin Timberlake scored a hit with the catchy single with "Can't Stop The Feeling" from the upcoming Trolls movie, and it could very well be crowned as the Song of the Summer. And where better to bask in that success than the 2016 MTV Video Music Awards in New York City? But as you're watching the arrivals you might be wondering: is Justin Timberlake at the 2016 VMAs? So far, there's no sign of the crooner arriving at the award show extravaganza and his social media accounts lend no clues to his whereabouts, either.

Timberlake's last social media activity was on Aug. 23. On Instagram, he re-gramed a series of photobooth photos of himself, wife Jessica Biel (who posted the original photo), and Democratic presidential candidate Hillary Rodham Clinton. He used the hashtag #ImWithHer to voice his support for the candidate and captioned it, "Look WHO DID come over for lunch... Wow." On Twitter, Timberlake wished retired basketball player Kobe Bryant a "happy born day" on Aug. 23, calling the former Los Angeles Laker a "legend" and a "great friend." And after that? Nada. Ziltch. Silence. Nothing about the VMAs, his ex-girlfriend Britney Spears' upcoming performance on the show, or about her recent interest in collaborating with him. Not even a peep about Beyoncé. JT, are you there?

So I guess this year's VMAs will go on without a JT performance of "Can't Stop The Feeling" and he will be missed. After all, it's been 10 years (yup) since he stunned the VMAs with his medley of "SexyBack" and "My Love" from his smash hit album FutureSex/LoveSounds. And yet a decade later, Timberlake is nowhere to be found at the MTV awards show.

Wherever JT is, I hope that he's enjoying himself — whether he's watching MTV from home, or just watching his 2006 VMA performance on YouTube...