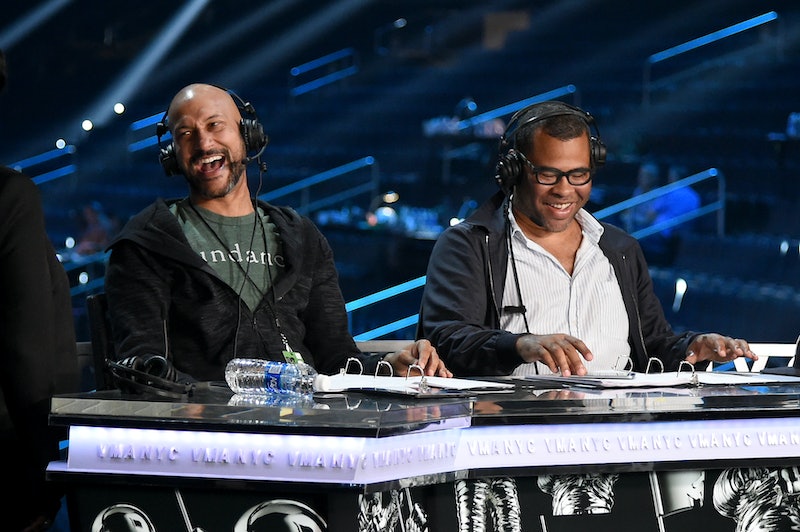 There is no official host at the 2016 MTV Video Music Awards, so that means that a whole host (pun intended) of MCs will be at the awards, telling a joke or two and moving onto the next performance. Of course, favorite comedians Key and Peele were at the 2016 MTV Video Music Awards, and part of their schtick was to act as characters Lizard Sheeple and The Shamester, respectively, and comment on the festivities while telling bad jokes. They kept talking about putting their jokes online, so can you follow Key & Peele’s characters on Twitter? Actually, you can.

This had to be some kind of joke that Key and Peele came up with right before the show, because the tweets for both @LizardSheeple and @TheShamester started on August 28, which is the day of the 2016 MTV Video Music Awards. I, for one, love this bit, because it seems like it will be updated frequently throughout the show, and both Key and Peele can interact with fans during on the show. They’re also poking fun at the obnoxious presenters that we see sometimes at award shows (the ones with the mean-spirited jokes), and who doesn’t deserve to be put on blast a little bit when they shame someone else? Let’s check out their tweets.

With this much VMAs hilarity going on, I'm definitely going to be following these two — on Twitter and otherwise.