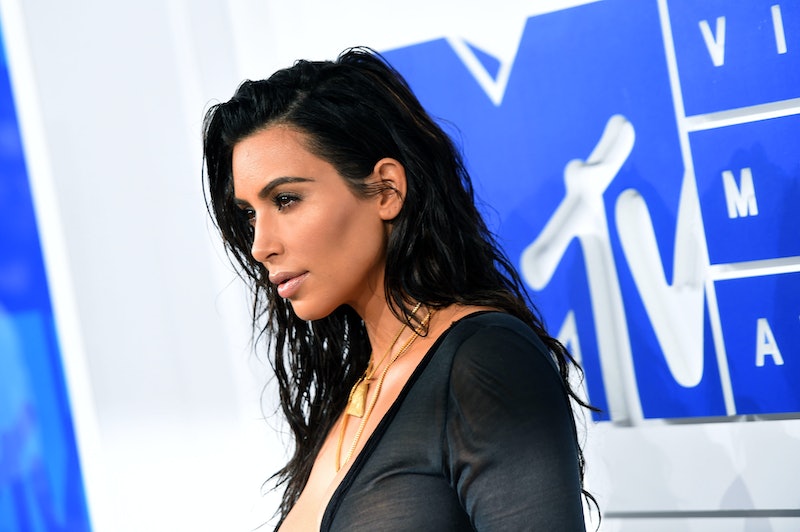 Kim Kardashian and Michael Phelps are practically national monuments. When one gives nod to another, the world stops. After closing out his iconic career at the 2016 Rio Olympics, Phelps, winner of 23 gold medals, came to bless the stage at the 2016 Video Music Awards to present Future's performance, speaking to how big of a fan he is of the rapper's. And Kim Kardashian hung on to Phelps every word with a googly-eyed look on her face, and it was glorious.

The internet noticed Kardashian's undying love for the swimmer, and came up with some pretty incredible adjectives on Twitter to describe the moment, such as "SO amused," "in awe," and "enthralled." For the first time maybe ever, I realized Kardashian is just like me, and possibly, every American. Not only does her face channel my feelings towards the incredible athlete, but to so many other life moments. Getting an ice cream cone. Being knee-deep in a Friends marathon-watching session. Leaving work on a Friday. So. many. things.

Thank god the cameras were there to catch the close-up glory of Kardashian in her front row seat. But wait, does this mean she's the new Taylor Swift of awards shows?