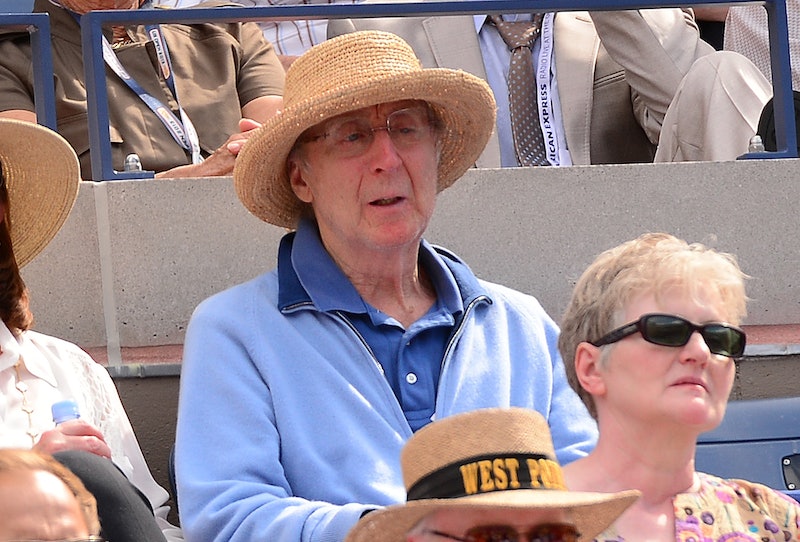 Some people believe that, in life, you only get one great love. Gene Wilder, then, was a lucky man. As Variety reported, Charlie And The Chocolate Factory actor Wilder died on Monday at the age of 83 in the Connecticut home that he shared with his fourth wife, costume designer Karen Boyer. The actor, who was famous for comedies like Blazing Saddles and Young Frankenstein, reportedly died of complications related to Alzheimer's disease, though fortunately Wilder's nephew Jordan Walker-Pearlman, the disease did not rob his ability to "enjoy art, music, and kissing with his leading lady of the last 25 years, Karen." Wilder had a lot of love in his life, and though Boyer was his last love, we can't forget another one of his great romances. Wilder and Gilda Radner's relationship encouraged Wilder to help give back and it's a love story that transcends the couple.

Like Wilder, Radner was a comedian, and an influential one. She is one of the original members of Saturday Night Live, and became famous for her TV news anchor impressions. She met Wilder on the set of Hanky Panky in 1982, and married him two years later in 1984. The comedic force enjoyed their marital bliss and also entertained the masses when they co-starred in Haunted Honeymoon and The Woman In Red. Radner described her life with Wilder as going from "black-white to Technicolor." Sadly, however, Radner and Wilder didn't get much time together as a married couple: in 1989, after several bouts of misdiagnosis, Radner passed away from ovarian cancer.

Wilder was devastated by the loss of his wife, but instead of choosing to simply mourn her death, he decided to do something that could save the other Radners of the world. Shortly after her death, Wilder took up the crusade to make sure that women everywhere were informed about the symptoms of ovarian cancer. According to his 1991 interview with The Los Angeles Times, he specifically wanted to create awareness about testing for CA 125, a substance in the blood that indicates ovarian cancer, and the risk factors for a person who has a family history of ovarian cancer. Wilder gave his late wife's name to an ovarian cancer research program at Cedars-Sinai Medical Center that encouraged that very testing. When asked about his charity work, Wilder replied:

I feel relieved now, and I sleep better at night. The old story that one person can really make a difference... I was just lucky; I think I was one spoke in a wheel that started to turn at this time. Actually Gilda was the main horsepower behind the whole thing.

It's tragic that Radner and Wilder only had a few years together, but so wonderful that the few years they did have together encouraged Wilder to help save people who were in Radner's position.