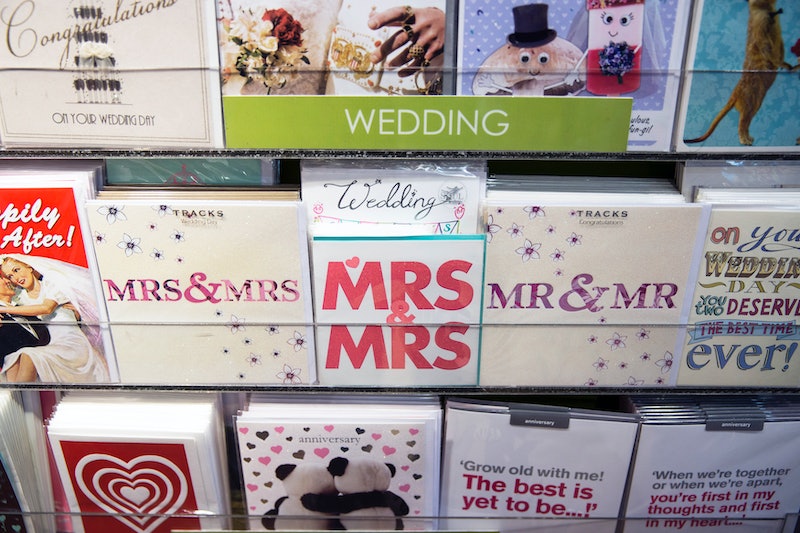 No, this isn't an Ann Coulter claim. A real study at the University of Oxford has found that married women are significantly less likely to die of heart disease than their unmarried counterparts. And though scientists weren't able to say why that is, you can bet some people (cough, Princeton mom, cough) will nonetheless be pulling out this study for years to come.

The researchers looked at the data of over 700,000 women aged 50 and above, over a nine-year period between 1996 and 2001. Of them, almost 31,000 developed heart disease; over 2,000 died from it. But though they found that married women (and those living with a partner, by the way) had the same risk of developing the disease as women who were unmarried, when it came to the illness' fatality rate, there was a big difference: unmarried women were 28 percent more likely to die from heart disease.

The finding has some big implications: heart disease is in fact the number one cause of death for women in the U.S., and if being married can make a difference to that statistic, great. But although the researchers found that those who were unpartnered had a higher risk of dying, they weren't able to say why that was. In the past, other studies have found that married men also have a lower risk of death from heart disease than their unmarried counterparts — one suggestion is that having a partner could mean that the person simply gets encouraged to seek out medical treatment more regularly, or make changes in their lifestyles. This is still just a theory, though.

The researchers also didn't distinguish between different types of "unmarried" — for example, divorced vs. never married — and this could mean a slightly different conclusion. "This unpartnered category is therefore diverse and it could be that being divorced or widowed rather than never married places women at higher risk of heart disease," the researchers wrote."However, we were able to limit bias associated with this by excluding women with pre-existing disease, and also through two sensitivity analyses that showed no material change in the adjusted risk estimates."

Either way, looks like science is on the side of relationships. Last year, a study showed that married men and women were at lower risk of getting a heart attack than those who were unmarried; another study suggested that married men and women with cancer were more likely to survive for longer. But hey, happily married couples are also more likely to be heavier. So there's that.