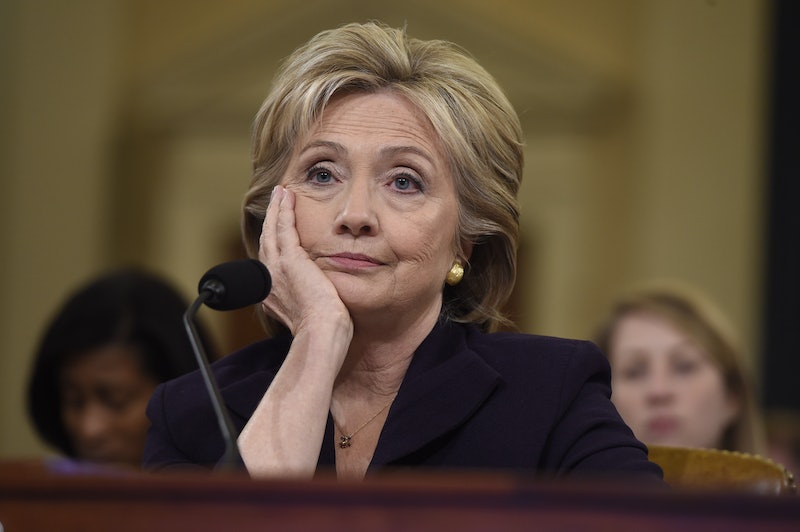 Hillary Clinton has pneumonia, something everyone with access to Twitter or cable news already knows. On Sunday, her doctor confirmed that Clinton received her pneumonia diagnosis on Friday and continued to work throughout the weekend. The story caps off weeks of speculation about rumored illness and conspiracy theories about brain damage. Among the chief Clinton health truthers is her presidential opponent, Donald Trump, who publicly questioned her "stamina."

I was surprised by the extent of the Clinton pneumonia coverage, in large part because I believed that other news stories this weekend were more important, but also because few people seemed to focus on the aspect of the story that was most interesting to me: namely, that Clinton powered through many campaign events despite an unpleasant illness. If we take anything away from what I firmly believe is a minor story, it should be that Clinton's stamina is, contrary to Trump's insinuations, one of her strengths, and that working while ill is something with which most women are familiar.

Canadian politician and feminist Charlotte Whitton was famous for saying, "Whatever women do, they must do twice as well as men to be thought half as good." Clinton is simply the most recent and, perhaps, most famous of women who must actively work to rebuke the prejudice that they are somehow weaker than their male counterparts.

Working women still do more housework and child care than their husbands, according to the 2015 American Time Use Survey, often making it difficult to take a day off for personal illness. Thus, it is unsurprising that so many women report working through illness to succeed at work or to provide for their children. Similarly, Salon's Mary Elizabeth Williams wrote:

I don’t know any woman who hasn’t shown up for work through injuries and illnesses, or any mother who doesn’t use her sick days for her children’s illnesses instead of her own. ... That’s just what’s expected of women in the workforce, so that’s what gets done.

The days after Clinton's diagnosis when she continued to work are emblematic of a larger tradition of women feeling that they must work more than men in order to prove their equality. Trump himself has acknowledged this: He has said he hires women because their work ethic indicates that "there was something that they want to really prove." It is unsurprising, then, that many women do feel they must work overtime, either to correct the many insidious stereotypes about women in the workplace or to fit in the many household and child care tasks for which American women, compared to their husbands, are still disproportionately responsible.

Painting Clinton as perennially sickly, as some health truthers recently have, calls to mind old-fashioned stereotypes about female frailty and weakness. Once news broke of Clinton's temporary, common illness, detractors attempted to disqualify her candidacy. When that sort of treatment can be expected by a female presidential candidate, it makes perfect sense why the rest of us also might be uncomfortable with the idea of taking time off.