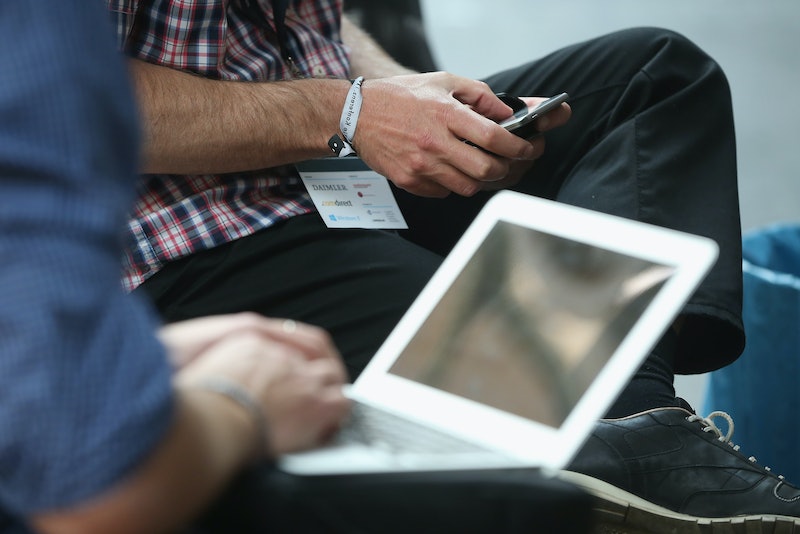 Nope, it's not just our phones. The Washington Post is reporting Friday that the National Security Agency and the FBI have been tapping citizen internet records since 2007.

It's all possible through the use of a program called PRISM, which allows the government to access audio and video chats, e-mails, photos, documents and connection logs. According to the report, PRISM is tapping into the servers of nine major US companies, including Microsoft, Yahoo, Google, Facebook, Paltalk, AOL, Skype, YouTube, and Apple. The information gathered is supposedly used to track foreign targets and enhance national security.

While the public didn't know about it at the time, PRISM was developed under President George W. Bush in 2007. Not surprising. More shocking is the fact that President Obama would continue such a practice. (MSNBC's Rachel Maddow does a good job breaking down why you should be concerned.)

“Nobody is listening to your telephone calls; that's not what this program is about,” Obama went on to say, adding that the surveillance “prevent[s] terrorist attacks.” He also added that the program is apparently overseen by congress.

James R. Clapper, the Director of National Intelligence, joined Obama Friday in decrying the leaking of this surveillance program to the public is "reprehensible" in a statement released Thursday.

“Information collected under this program is among the most important and valuable foreign intelligence information we collect, and is used to protect our nation from a wide variety of threats. The unauthorized disclosure of information about this important and entirely legal program is reprehensible and risks important protections for the security of Americans," Clapper said.