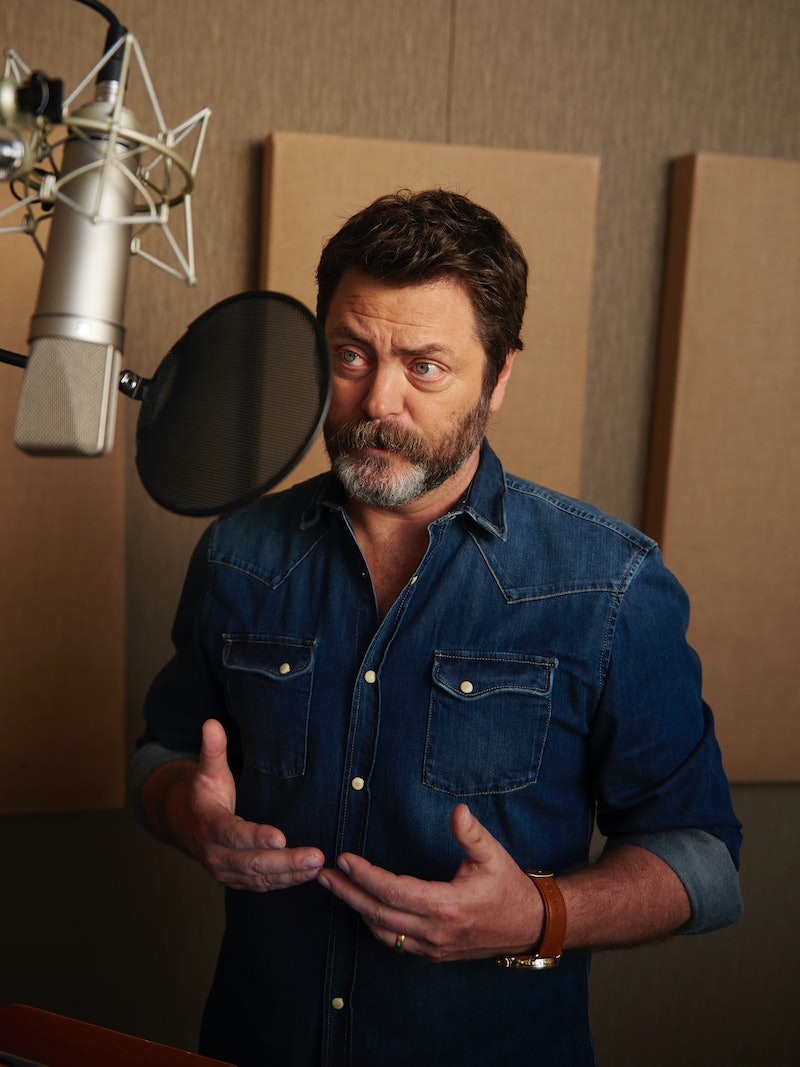 Tom Sawyer is a "true American hero," at least in the words of Nick Offerman, who's something of an American hero himself. So it's pretty fitting to find Nick Offerman reading the Tom Sawyer audiobook, which went on sale from Audible on Tuesday. In an interview with the Los Angeles Times, Offerman talked about his own "intrepid love of exploration and adventure" — one thing he certainly has in common with Mark Twain's young creation. Tom Sawyer and Nick Offerman are both midwesterners, too — and so Offerman's wholesome tones are exactly what's needed to bring this classic to life.

And Nick Offerman's not too different from Mark Twain, either; after all, he has written three books of his own. Offerman's writing is funny and adventurous, and documents exactly the kind of shenanigans Tom Sawyer would have got up to if he was an adult in 2016 — and the important lessons he would have learned. In his first book, for example, Offerman talks all about growing his impressive mustache; in his upcoming book, Good Clean Fun, he has progressed onto constructing a mustache comb at his woodshop. Perhaps Offerman's excellent writing skills come from his own love for reading: he told the LA Times that "one of the most important things about vacation, is just curling up with a book."

For someone who loves reading so much, spending a day reading an American classic can't have felt much like work. Check out our exclusive clip from Audible!

Nick Offerman's The Adventures of Tom Sawyer audiobook is available from Audible right now. Listen to it on your commute, and you'll feel like you're in the middle of the Midwestern countryside — even on the busiest subway train.

The Adventures Of Tom Sawyer, $4, Amazon