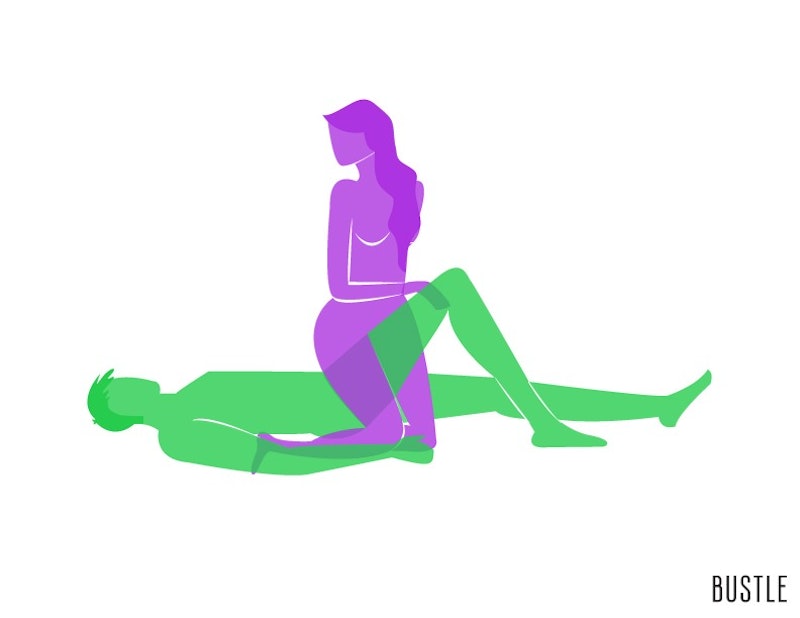 Sexual positions are a slippery slope. Personally, I straddle two extremely conflicting camps: I like to experiment with new sex positions aka some of the crazier varieties (because YOLO), but I also tend to stand by the theory that simpler can indeed be just better (looking at you, missionary!) And since everyone is different, it's hard to always judge which ones you need to give a whirl and which are just really not worth the hype at all.

No matter which camp you fall in, there are always those sex positions that are just insanely overrated. Like Carrie Bradshaw once said, the last time anyone enjoyed the 69 position was in 1969. (And they probably didn't even like it then to be brutally honest.) Some are just straight up so bad, no one is going to get off anywhere except the bed you're trying them on. And that's OK, just there are about a million others to choose from. Not to mention the fact that the clumsy positioning can be a total bonding moment between you and your partner.

But you obviously don't want to make a habit of awkward, difficult positions if you're hoping to get some orgasms flowing. Here are the five sex positions, that in my eyes, just don't exactly tickle my fancy — or anything else for that matter.

How To Do It: This one starts out similar to reverse cowgirl, your partner on their back while you straddle them — except you're straddling one of their knees.

Why It's Hard: Even though you're on top, it requires you to do some, well, heavy lifting — and be pretty damn limber. In other words, this one may be fine for an appetizer, but not the entire meal.

How To Do It: Your partner lies as if they were about to attempt a side plank, while you just drape your legs (And basically booty) over them. Then your partner shimmies on down inside you.

Why It's Hard: The positioning of this one isn't as hard as the fact I just feel like we're both watching Netflix, and not having sex per se. Also, the "shimmy" that needs to happen is more difficult to achieve than you think, as is the actual thrusting. It sorta lies more on the gal to get that going since your partner is at a more awkward angle.

How To Do It: Start out in missionary with your partner on their knees, before they pull your hips towards their pelvis while you arch your back. Not Cirque du Soleil style or anything, but enough where you have a pretty decent arch going so you can then can lift your butt up to rest on your partner's thighs.

Why It's Hard: Well, for one, there’s the abs element. Don’t get me wrong, I love a Pilates class, but not when I'm having sex necessarily. The more I’m concentrating on my lower ab contractions and how it’s making me want to pass out, the less I’m concentrating on orgasming. Oh, and then there's the fact my butt kept slipping in between my partner's legs when I did attempt this, which was totally hilarious, but also a bit of a mood-killer. To me, there's a lot of bells and whistles here and it can all be far better accomplished by merely adding one key tool: a pillow.

How to do it: Big spoon, little spoon ya'll! Your partner curls up behind you, and the two of you wriggle yourself to the point where you're basically doing a "make love" version of doggy-style. Which totally sounds like an oxymoron, but you get the point.

Why It's Hard: You have no idea how much I want to this one to work; in theory, I love everything about this position: it's sorta like cuddling, hands have easy access to clitoral stimulation. It seems to have it all, right? Well, except the part of aligning yourself like LEGOs to make penetration from behind work. For some reason, clicking it right together can be difficult to, well, click. And after a few "wait, wait — try this. No, that's not it" attempts, I just start to get annoyed.

How To Do It: Remember those crab relay races from grade school? Well it's like that, but you're naked. And rather than running away from each other, you're inching closer to the other. Once you get yourself up on your arms an legs, you and your partner walk towards each other like two actual crabs, before adjusting your hip height enough for insertion.

Why It's Hard: Honestly, what is even going on here? Even if I overlook that this sexual position doubles also the name of an STD, it's just plain difficult, Your arms and legs are holding your body weight up, and getting those pelvises to stay even is no easy feat for the long haul. If you have the stamina, more power to you, but me and my triceps scream a big no to this one.