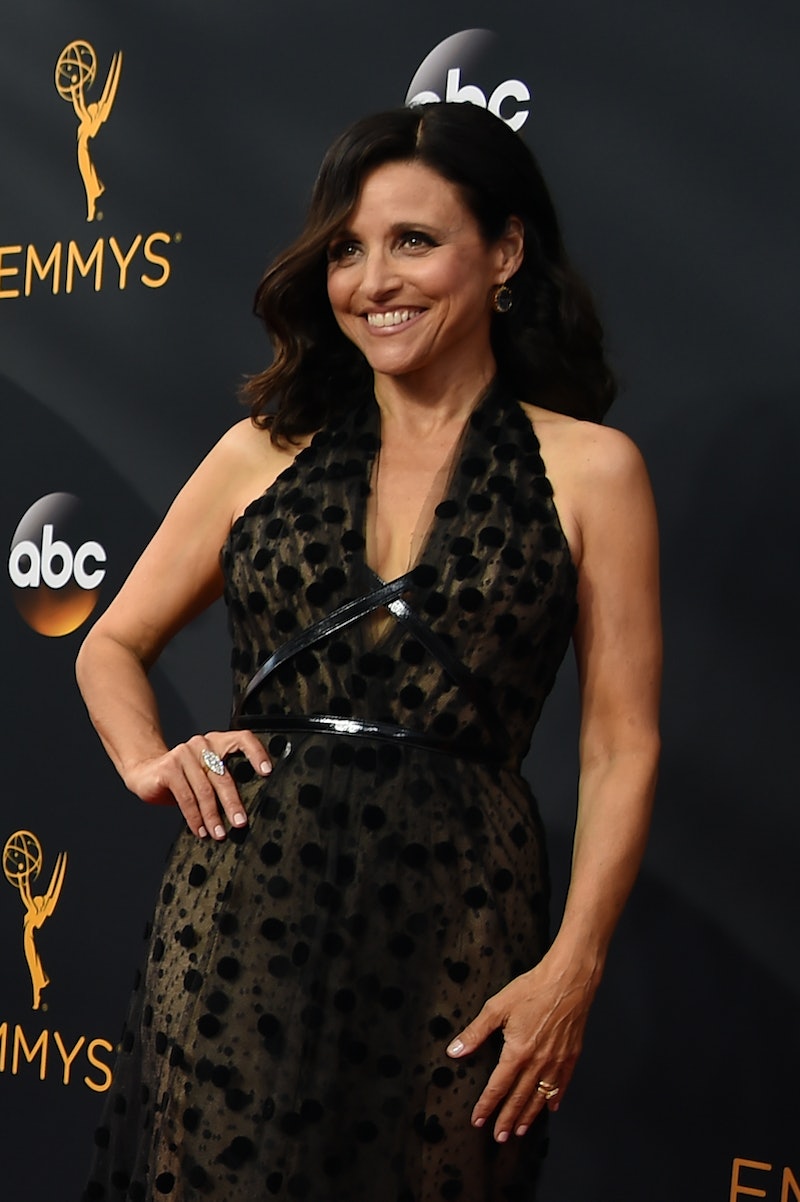 Today’s television shows are so real that it’s hard to forget they’re fiction. But real life creeps in, as it did at the 2016 Emmy Awards when Julia Louis-Dreyfus honored her father, William, in her acceptance speech for Outstanding Lead Actress in a Comedy Series. As it turns out, the comedian's father passed away only two days before the ceremony.

When Louis-Dreyfus went up to get her fifth consecutive award, everything seemed routine for her. I mean, she's won this award so many times that it could probably be a little boring. Her speech was also routine — funny, talking about how it's all Veep's fault that the political climate in America is the mess it is and that she and her show runners will do their best to change it back to something normal. It was a typical clever acceptance speech, but then Louis-Dreyfus started shaking and got quite emotional. When she announced that her father had died and that she was glad that her father had liked Veep because his opinion was "the only one that mattered," I even got choked up. Celebrities — they're, you know, actual people, too, and it must be so hard to have to work and go to an event like this when you're in mourning.

Louis-Dreyfus is the consummate professional, so of course she came to the 2016 Emmy Awards — she probably knew she would win, too, so she kind of had to be there. But I hate that she had to be! At least she got to pay tribute to her dad, even though it's not the awards that matter — it's the time spent with your loved ones. Hopefully, she ducked out right after her award to head home.