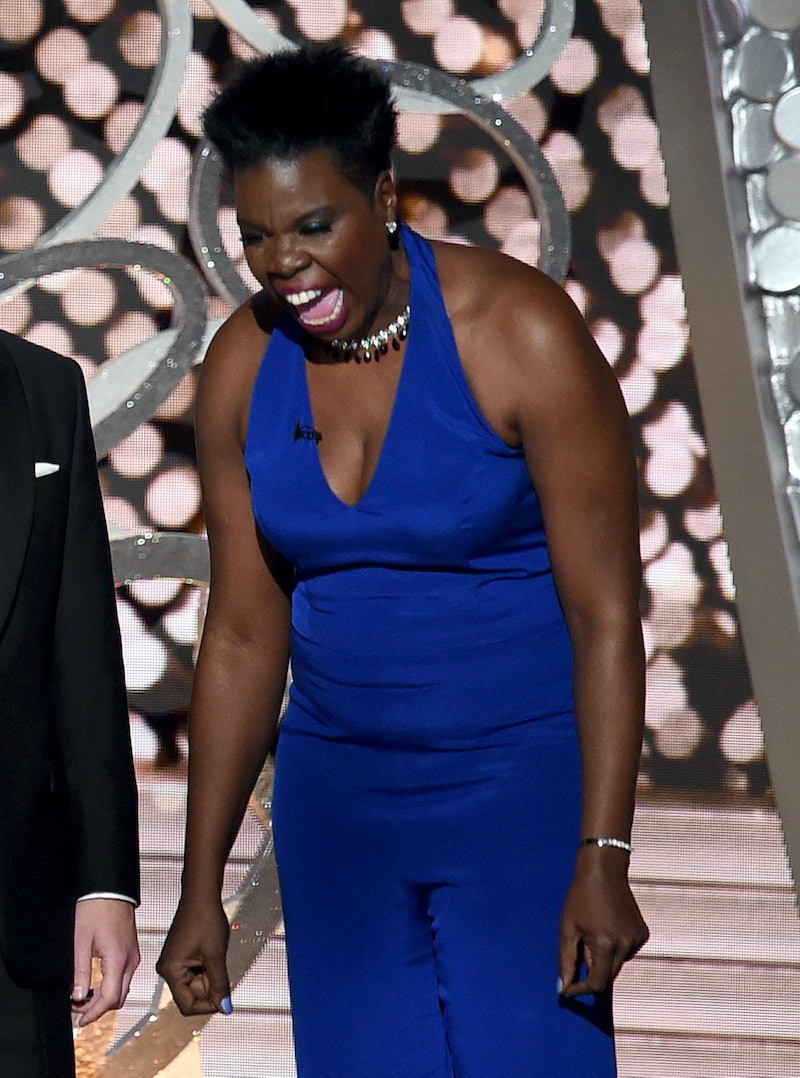 If you thought during the 2016 Emmys that the representatives from Ernst & Young were just going to do their normal announcements about how the accountants keep the Emmy ballots secret, you were so wrong. Instead, after walking on stage with the men, Leslie Jones got to speak out at the Emmys and not only elevate the least exciting moment (sorry, accountants!), but also take the opportunity to recount how she was hacked and her personal photos stolen. The pretty much always hilarious Jones told those accountants, "Since you're good at keeping things safe, I've got a job for you — my Twitter account!" and uh, good point, Jones. When people are being viciously attacked on the Internet, doesn't that take precedence over whoever won at an awards show?

Yeah, maybe someone out there does want to know who won the best voiceover in a French sitcom, but Jones' privacy being invaded is much more important. Jones, of course, handled her Emmys moment with comedy — but, as she said, it was not funny when she was "butt naked on CNN." Although she shouldn't have to explain why she possessed nude photos of herself — it's her body, her decisions — she did state, "I just wanted to feel beautiful, y'all!" And, honestly, how can any levelheaded person argue with that reasoning, especially when her private photos were illegally hacked and publicly distributed?

Although the segment was short, it was a great moment for Jones, and I was impressed with the Emmys for giving her this outlet. Plus, it might be the first time that anyone has ever remembered the moment the accountants appear at an awards show.

More like this
Hugh Jackman & Deborra-Lee Furness’ Relationship Timeline Started With A Mutual Crush
By Hugh McIntyre
The EGOT Winners List: Only These 17 Artists Have Ever Reached EGOT Status
By Radhika Menon and Marina Watts
Sadie Sink Would Escape Vecna From 'Stranger Things' With This Taylor Swift Song
By Grace Wehniainen
Who Is 'Stranger Things 4' Fan-Favorite Joseph Quinn Dating IRL?
By Grace Wehniainen
Get Even More From Bustle — Sign Up For The Newsletter