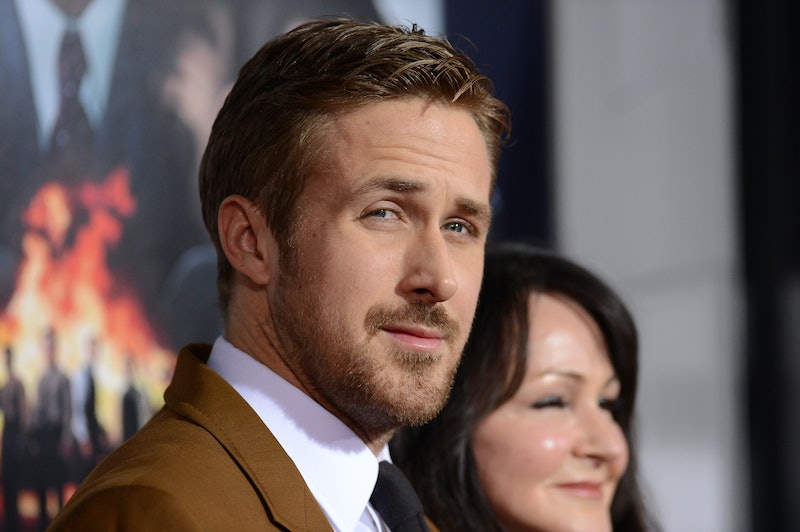 Ryan Gosling has played an eclectic array of characters, from our favorite romantic heartthrob to a fast-talking playboy and a political front man, but for the next addition to his resume, it's time for a visit to Broadway. Gosling is rumored to star as Busby Berkeley infamous film director and choreographer, in an upcoming biopic chronicling Berkeley's career adapting musicals for the silver screen.

The film, which Gosling is also slated to produce alongside Marc Platt, will be adapted from Buzz: the Life and Art of Busby Berkeley, written by Jeffrey Spivak. While there is no writer currently attached to the project, the film will provide an overview of the elaborate life of Berkeley, who transformed the style of film from the 1930s to the 1950s.

While other film studios worked with tight shots and closeups, Berkeley's dance direction revolutionized the way musicals and dance were seen in film. In particular, his overhead shots of dancers in kaleidoscope patterns turned him into an iconic director and set the style of cinematography for the decade.

Although Berkeley and Gosling come from very different times, they share many commonalities that make Gosling the perfect actor to play the legendary filmmaker.

1. They are both musical.

While Berkeley is known for producing and directing films with musical elements, Gosling has proven he knows a thing or two about music. He played the ukelele in Blue Valentine and hummed a tune or two in The Notebook.

Berkeley changed musical movies by filming synchronized choreography in aerial shots—a concept that had never been done before. Ok, so Gosling hasn't revolutionized film yet, but we have seen him twirl Rachel McAdams around in The Notebook.

3. They are both directors.

Berkeley directed and choreographed hundreds of films while Gosling just recently joined the club as the director of How To Catch a Monster.

Ryan Gosling is undoubtedly one of the hottest actors in the industry today. He's had numerous romances both on and off-screen and has high profile relationships with actresses including Rachel McAdams, Sandra Bullock, and Eva Mendes. Berkeley was busy, too—he was married a total of six times before his death in 1976.

5. They are both iconic.

Like Berkeley reached the height of film production success, Gosling has transformed into a household name since his first television appearance in the Mickey Mouse Club. He's been nominated for several Golden Globe Awards and his films have been both critically acclaimed and commercial successes.

It looks like Gosling is a perfect fit. We just hope the rumors are true.