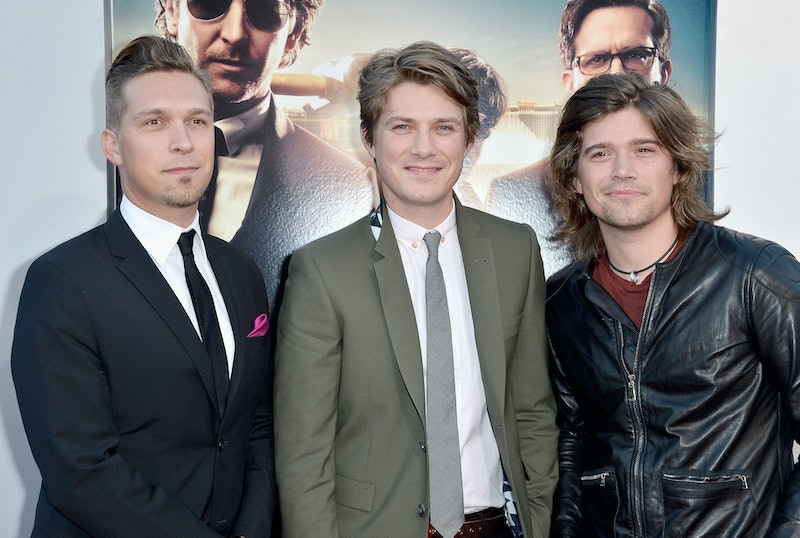 Because I have been a Hanson fan for too damn long, I will save us all the obligatory "MMMBop" pun and instead get straight to the point: Hanson is working on a new Christmas album and no doubt it will be the holiday masterpiece fans have been waiting for since Snowed In, the band's 1997 Christmas record (a straight-up classic that the guys still break out in concert around the holiday).

Producer Mark Hudson, who worked with Hanson on their first three albums (including Snowed In), has been sharing plenty o' grams with the band over the past several days, documenting the album-making process and throwing in a few hintity hint hints along the way.

"It was 20 years ago today. Doing another Christmas album with my boys! @taylorhansonmusic Taylor, Ike, Za[c]," he captioned a group shot with the band of brothers. Another video Hudson posted perhaps provides a little insight into what fans can expect on the album, which features the guys harmonizing a little of Paul McCartney's "Wonderful Christmas Time" (which, oddly enough, sounds exactly like the beginning of Hanson's "Thinkin' Bout Something" in the clip).

"Simply having, a wonderful Hanson time," Hudson captioned the video:

The band shared in their most recent newsletter that they are currently in pre-production for the record, and even revealed the album title.

"We have already whittled the potential track list down to 20 songs (when you include original songs) and we still have a lot of hard decisions to make, but it will all be worth it when this Wintery Mix is finished," Hanson wrote. Over the summer, they announced that A Wintery Mix will be released in 2017, so you definitely have some time to prepare.

For those who have been out of the Hanson loop for a little while (unforgivable TBH, this band and their pop-rock-driven harmonies should absolutely be on your radar), Isaac, Taylor and Zac released their last full-length album, Anthem, in 2013. In addition to this Christmas record, the band is currently finishing up their EP Play (an accompaniment to their EP Loud, which they released earlier this year), and recently told E! News that they have a few things up their sleeves for their upcoming 25-year anniversary as a band.

And while you probably have "MMMBop" on your mind while reading this post, here's your reminder that, yes, Hanson still sings their 1997 hit almost 20 years later, and yes, it sounds even better acoustic: