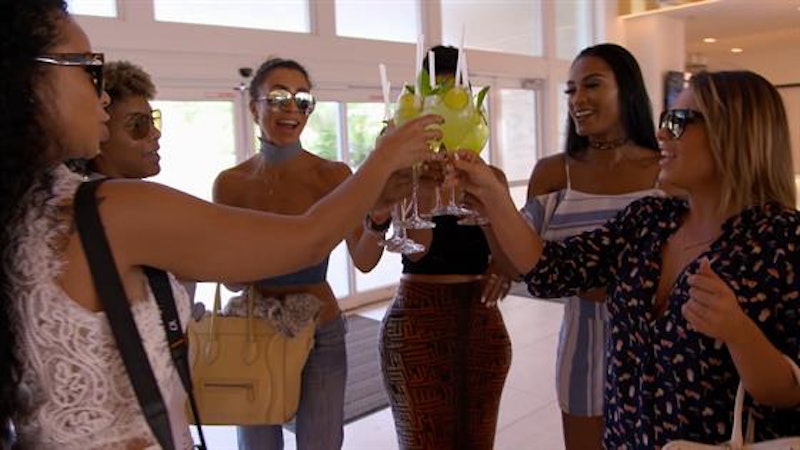 Contrary to popular belief, being a wife or a girlfriend of a professional athlete is not just rose petals and diamonds. It involves much more than that. When you agree to be one half of a relationship with a pro, you are officially a WAG. You agree to be part of an exclusive and sometimes terrifying group of women who judge each other's standing in the group based off of time involved with the athlete and whether you are married with children or not. E!'s reality series, WAGS Miami will follow a whole new set of wives and girlfriends. One of these new WAGS stars is Claudio Sampedro, who is in a relationship with Green Bay Packers outside linebacker Julius Peppers.

Claudia is one of the WAGS who is known in her own right. She is a successful model and has plenty of her own name recognition without a football player by her side. She focuses mostly on swimsuit and lingerie modeling. She has her Instagram on lockdown but with a little sleuthing on her Twitter page, I was able to find out a couple of other tidbits about her to get you psyched for this season of WAGS Miami on Oct. 2.

I mean, seriously. She is a dead ringer for Kim K. Are we sure that she is not related to the famous fam?

She Is A Mom

According to E!, Claudia and Julius have an eight-month-old son together and the two also each have a child from a previous relationship.

She Previously Dated Another Football Player

According to Bleacher Report, Claudia was linked to Kim Kardashian's ex, Reggie Bush. She definitely has a thing for football players. Bush certainly has a type since the two women really do look extremely similar.

Claudia has 938K followers on the 'gram. So, she is a big deal all on her own, though I do look forward to learning more about her and her sports star BF in the episodes to come.