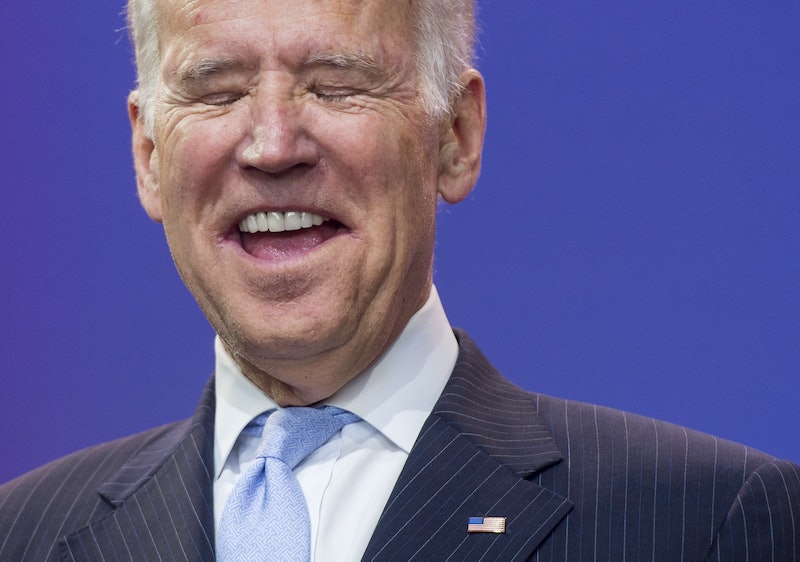 While the world watched the vice presidential debate, many couldn't help but notice the absence of a certain lovable vice president — Joe Biden. As Tim Kaine and Mike Pence traded barbs back and forth, it was clear that they lacked the freewheeling style that Uncle Joe became known for during his two terms as vice president.

The sound of their exchange soon became a low, dull hum in the background for me, nothing like the aggressive persona Biden took with Paul Ryan in the 2012 vice presidential debate. Their showdown also lacked the overall disbelief over Sarah Palin's candidacy that made the 2008 debate between her and Biden a must-watch event.

And people took to Twitter to voice their feelings for the current vice president. They wanted more "malarkey" and less stale attempts at humor; fewer rehearsed attempts at creating soundbites, more off-the-cuff remarks. Pence tried to channel 2012 Biden in his own debate on Tuesday evening, but missed the mark. When Kaine tried his hand at attacking Pence, it came off as smarmy. The Twitter homage to Biden continued to roll in throughout the night, as Pence and Kaine continued their off-putting tendency to speak over each other, as well as moderator Elaine Quijano:

Oh how we'll miss you and your aviators, Biden. The inauguration will be a bittersweet, meme-filled farewell for sure.