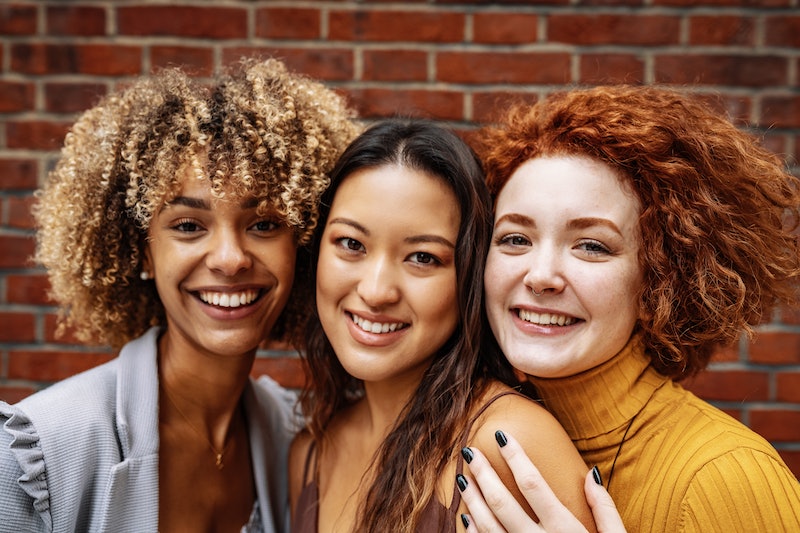 With the latest wave of feminism cresting in popular culture, women's views on sex, love, and life are amplified online and IRL. It's a given that women as a demographic have changed substantially over the past few decades, but how exactly have we changed?

To take the pulse of female-identified folks in the United Kingdom today, the BBC Radio 4 Women's Hour surveyed 1,004 women about their lives in honor of the 70th anniversary of the women's radio program. As most of us have experienced first hand, the years since 1947 have brought monumental change to both sides of the pond.

In the UK, the Abortion Act of 1967 served to legalize abortion, just as Roe v. Wade did in the U.S. in 1973. In 1975, the Equal Pay for Work of Equal Value Amendment was passed, mirroring the 1963 Equal Pay Act in America. Despite these provisions, however, the gender pay gap remains at 19.7 percent in Great Britain and 20 percent in America.

In addition to legislative changes, social movements that gained prominence in the 1960s from civil rights to gay rights have also impacted women's lives in disparate ways. Here are six stats about British women over 18:

1. They Are Pretty Happy Being Women

Nine out of 10 women surveyed said they would rather be women than men in 2016. Given the pervasive sexism that most women face, that's really saying something! (But seriously, good choice ladies.)

2. Some Are Happier Than Their Mothers Were

3. Sexual Satisfaction Could Be Higher

About 24 percent of women ages 18-24 and 25-34 said they were "extremely satisfied" with their sex lives. Although ranking your bedroom successes on a scale of 1-10 can be difficult, at least one quarter of the population is fulfilling their fantasies on a regular basis.

Fifty-six percent of respondents said that two children is the ideal number to have, and those who made more money (over £40,000) were twice as likely as lower earners (under £20,000) to say having no children is preferable.

Although the cliche of the youth-obsessed woman persists, women do report caring less about appearance as they age. Nearly 35 percent of women ages 35-44 said that personal appearance didn't matter as much to them now as it did when they were 21 years old.

6. Women Work Because They Want To

About 60 percent of women ages 18-24 said they work for "self-respect," followed by money, then colleagues, then work environment. Although barely 30 percent of women were employed 70 years ago, today, work is a sustaining factor in many women's lives — and cheers to that.