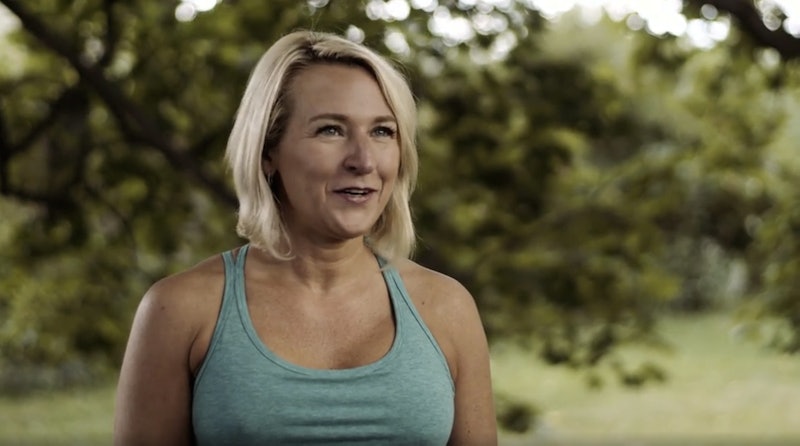 Within the last two and a half years, both my grandmother and my uncle have passed away from various forms of cancer. For me, the words "defeated" and "helpless" are associated with the disease; I've seen firsthand how cancer can go impossibly wrong. But, in a Lifetime Fempire Moments video, Tish Sherwood Muccino talks candidly about her breast cancer diagnosis, and proves that cancer doesn't always have to be that way. And that message means just about everything to me.

In the video, Muccino, who is the Director of Production at A&E Networks and a New York Marathon runner-in-training, explains that she "didn't have time for cancer." While a strange concept at first, I mean — who has time for it? — she goes on to elaborate that that was exactly her problem. She wasn't living life; she was rushing through it. Cancer was the unfortunate, but important, roadblock put her in the path to detour to the scenic route. In a wonderfully contrary proclamation, Muccino goes on to explain that, in the end, "Cancer gave me the time to live."

While a wholly unexpected outlook on the disease, and far from the point of view I initially held, it's also one that made me listen in more closely. Her assertions aren't about blind optimism or sheer denial. No, it was about coming face to face with mortality and deciding that, instead of this being the end for her, it was a whole new beginning. As she wrote on Lifetime's Fempire Diaries,

"I plowed forward through treatment with positivity surrounded by friends and family. I’d shop for wigs, chat about my handsome plastic surgeon and rename my meds 'chemo cocktails.' I danced at weddings, hit the slots in Atlantic City and most importantly, spent time with my children." 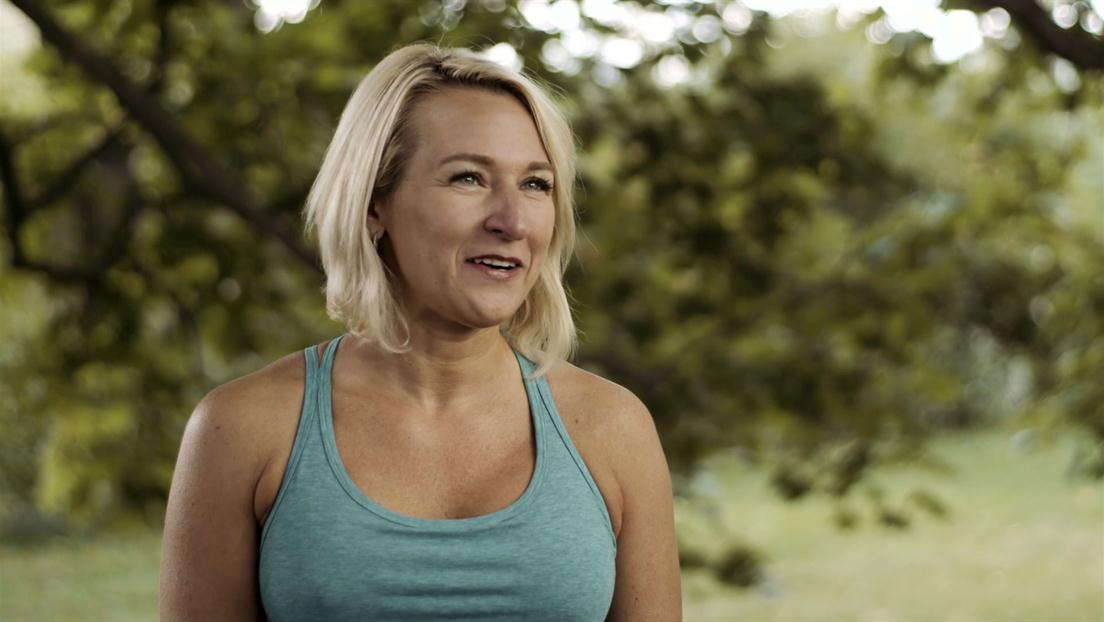 If you've ever heard the touching, but admittedly on-the-nose, song "Like Like You Were Dying" by Tim McGraw, you'd know that this particular jack-of-all-trades isn't the first to preach the concept of making an exceptionally great glass of lemonade out of the lemons she got. For instance, the lyrics, while detailing skydiving excursions and improved personal relationships, go like this,

But, while McGraw's song is affecting and catchy, songwriters Tim Nichols and Craig Wiseman, proclaim that they based it on their pal, who was a "young father," and his misdiagnosis. The fact that he ultimately wasn't sick had them ruminating on the "what could have been." While they do explain that they later consulted friends and stories of others who had already beaten the disease and did some of these extraordinary things, the fact remains — neither of them had actually lived this reality themselves. The concept of summoning the courage to do what the song title implored was still abstract.

But Muccino did live through this, and, she still found it within herself to "move forward." Her real-life attestation that cancer brought with it possibility and hope makes all those pretty words and grandiose declarations actually stick. In a 45 second video, Muccino's explanation of how she "wasn't going to let cancer change [her]" changed me. It can change outlooks, if not lives.