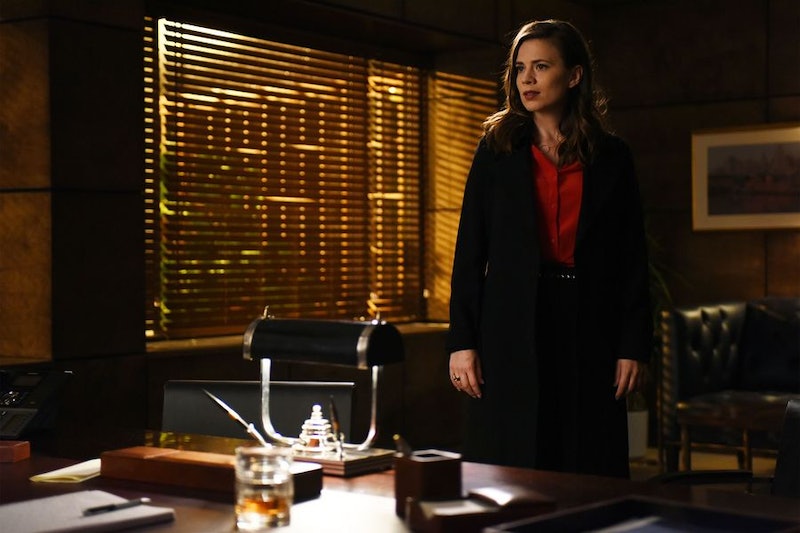 It was only a matter of time before everyone on Conviction found out how Hayes got her job as the head of the Conviction Integrity Unit — she was found with cocaine and was basically blackmailed by D.A. Wallace to take the job or charges would be brought against her. Nice, right? Unfortunately, this news couldn’t have come at a worse time — Hayes was just beginning too prove herself and actually care about her job. Did Sam rat out Hayes on Conviction ?

In a previous episode, Sam was fed up with Hayes’ nonsense and lack of purpose in the CIU, and he called up a reporter friend to spill the beans on Hayes, her cocaine problem, and the sweetheart deal she got to run the unit that Sam should be head of. At the last minute, though, Sam rescinded his offer to rat out Hayes, probably because he saw the progress she was making. But after the two butted heads again over an alleged hate crime case, it is totally possible that Sam had had enough of Hayes and wanted to do his best to get rid of her. Not only is she hard to work with, but she only wants to do things her way or the highway.

I’m torn on this. I’m not sure that Sam would flip on his boss, but I can see how he could get tired of everything being the Hayes show. They’re trying to free mistakenly convicted individuals, and she’s off attending balls and sleeping under tables all night long. Sam is a professional, and I can’t help but think that he wants Hayes’ job all to himself. But would he go so far as to take her out via the press? I think he would want to earn his place, not play dirty for it.