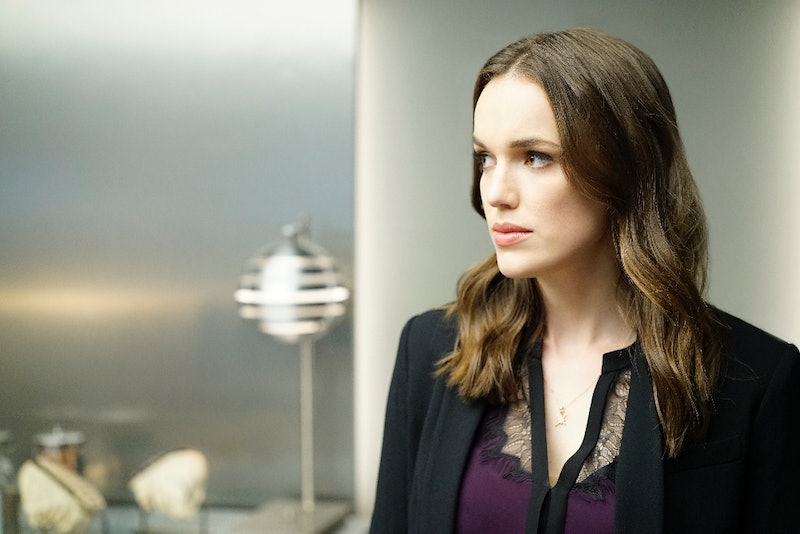 Do you reckon Simmons has any good Westworld theories? Of course she was able to identify Aida as an android, like, immediately. I'm no longer worried for Fitz and Simmons' relationship, but I am worried that Simmons will go rogue on Agents of S.H.I.E.L.D. to avoid failing her mandated lie detector test. Between discovering Dr. Radcliffe's life model decoys and assisting Daisy in her latest hacktivist quest, Simmons' position at the new S.H.I.E.L.D. is in jeopardy.

Most of the post-Civil War S.H.I.E.L.D. measures make sense to me — though it still bugs me that Coulson can introduce himself by name in prison, yet someone as high ranking as Steve Rogers, Cliff Barton, and/or Tony Stark can't know that he's alive. That said, S.H.I.E.L.D. can't allow another evil organization to leak through their ranks, so I get the desire for heightened security and clearance. However, as Rogers himself pointed out on the big screen, red tape makes it difficult to save lives when the stakes are this big. One by one, the team is discovering that these new measures are more than just a nuisance. Since Simmons has the most pressure on her, she might be the first one to crack.

Hopefully, she makes this decision before giving anything away, getting herself expelled, or worse. Before going undercover at Hydra, Jemma was a terrible liar. She's grown since then, though if it isn't time for Simmons to step up to the plate and unleash her inner Natasha Romanov on Agents of S.H.I.E.L.D. — she might want to swallow her judgement at Daisy's vigilante lifestyle and make a run for it.