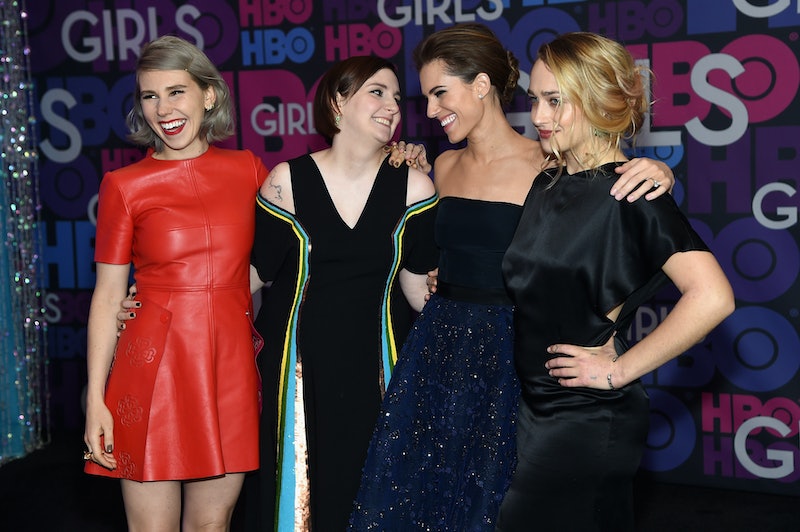 In just a few months’ time, the sixth and final chapter of Hannah Horvath and co.’s story will fashion a sail out of its pages, hit the HBO seas, and float on over to our television sets. On Thursday, both HBO and the show tweeted that the last season of Girls will premiere on Feb. 12. Mark you calendars, listen to "Dancing On My Own" on repeat, and pierce your frenulums accordingly.

Lena Dunham’s dramedy series about a group of 20-somethings growing up, growing together, and growing apart in New York City premiered in April of 2012, and became a hit with viewers and critics alike. The first season of Girls went on to nab several accolades, including the Golden Globe for Best Television Series — Comedy or Musical, and it quickly established itself as one of the must-see Sunday night prestige programs. For the last five years, we have watched these messy, complex characters navigate young adulthood, and now it is (almost) already time to say goodbye.

I have but one wish for Season 6: I sincerely hope it does not serve up anything as brutal as that Season 4 frenulum situation. Sorry to circle back, but that piercing adventure really affected me. Did I enjoy the rest of that episode? Sure. But that scene at the piercing shop sent my squeamish stomach right off the cliff.

Call me a wimp all you want, but watching someone bedazzle their under-the-tongue area was way too much for me. If the White Walkers on Game of Thrones ever want to up the gnarly ante, they should start aiming for their opponents' frenulums. Please and no thank you.