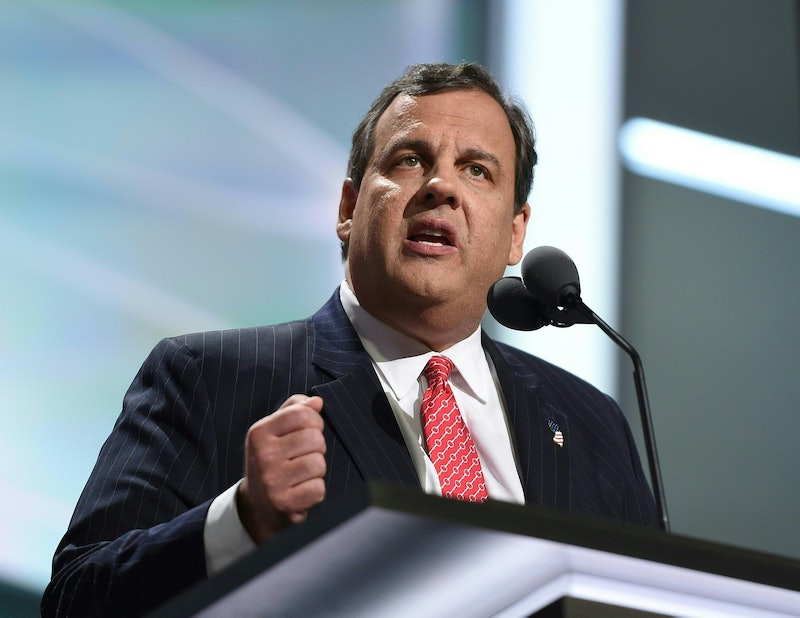 Less than 24 hours after the role of national security adviser was offered to former Army Lieutenant General Mike Flynn ― a man whose paid lobbying work on behalf of the Turkish government sure makes that whole Clinton email server thing seem quaint ― and another one of the dominoes has fallen. Namely, Alabama Senator Jeff Sessions has been offered the job of attorney general, leaving a top Trump ally out in the cold. So, why isn't Chris Christie Trump's attorney general?

There are a couple reported reasons, and they make a lot of intrinsic sense. The first one is that Christie is not an assuredly free and clear man just yet. He's embroiled in ongoing scandal thanks to the recent Bridgegate criminal trial, which saw two of his former allies, Bridget Kelly and David Wildstein, convicted and sentenced to prison for the roles in the 2013 George Washington Bridge lane shutdowns.

Both the prosecution and defense vigorously argued that Christie knew about the scheme ― an act of political retribution against a mayor who failed to back Christie's reelection bid ― the whole time. Christie has denied this, but the political stink of it all is considerable, and if Christie weren't on his way out of office so soon, New Jersey Democrats might be aiming to impeach him.

Basically, despite the fact that the incoming president-elect has already flagrantly violated a number of longstanding norms ― including ducking his protective press pool to get dinner, failing to hold any press availability since winning the presidency, trying to get his son-in-law Jared Kushner an administration role through some creative and underhanded workarounds of anti-nepotism laws, and seemingly letting his daughter Ivanka sit in on a meeting with a world leader ― maybe the Bridgegate thing was simply too public and high-profile a scandal to risk taking on.

On the other hand, the huge influence of Kushner on the president-elect can't be overlooked. Christie and the Kushner family are, suffice to say, not close or friendly. In fact, it was Christie himself who prosecuted and jailed Kushner's father, Charles, on tax fraud and illegal campaign contribution charges, sending him to federal prison for two years. In other words, on a simple personal vengeance level, Kushner would have every reason to want to knife Christie in the back, politically speaking.

And getting the New Jersey governor to embarrass himself throughout a long, ignoble presidential campaign before cutting him loose without so much as a pat on the back would definitely qualify. Kushner was also reportedly at the heart of the decision to boot Christie as head of the transition team, with Vice President-elect Mike Pence taking over the job.

Simply put, Christie found himself in a doubly-disadvantaged position when the time for appointments finally rolled around, both mired in a genuine and damaging political scandal, and at-odds with the man who seems to be just as influential and integral to Trump's political career as anyone. Frankly, when he got pulled off the transition team, it was clear that things weren't going to end up the way he'd hoped. And now, according to The Wall Street Journal, Christie is intent on finishing out his second term in the Garden State, meaning he realizes all too well that the Trump train has left the station without him.