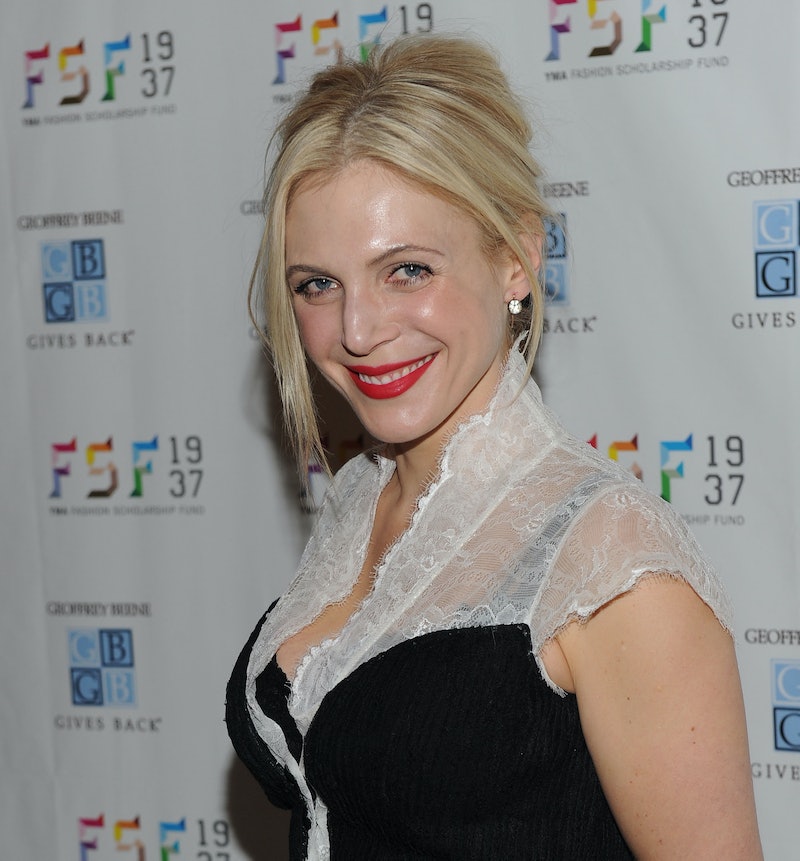 Celebrity stylist Annabel Tollman died in her sleep earlier this week. She was 39. New York Magazine's The Cut reported that Tollman's death was caused by a blood clot, though further details about her death have not been released as of this writing.

Tollman dressed Hollywood stars like Scarlett Johansson, Mary-Kate and Ashley Olson, Liv Tyler, Shakira, and Mariah Carey. She was known for her old-Hollywood style. Prior to dressing A-list clients, Tollman had worked at Wallpaper* magazine, and as the fashion director of Interview magazine.

Tollman was known for her ability to dress both the most lithe and voluptuous bodies. In a list that included fellow stylists Rachel Zoe and Kate Young, The Hollywood Reporter named Tollman one of the 25 most influential stylists in Hollywood of 2011.

More like this
Here Are All 703 Outfits Rachel Wore On Friends
By Kat George
Dua Lipa On YSL Beauty, Plus Her Fearless Approach To Hair & Makeup
By Erin Stovall
Rihanna Was Covered In Crystals For A$AP Rocky’s Art Basel Party
By Allie Fasanella
The Best Looks From Miami Art Basel 2022
By Dominique Norman
Get Even More From Bustle — Sign Up For The Newsletter