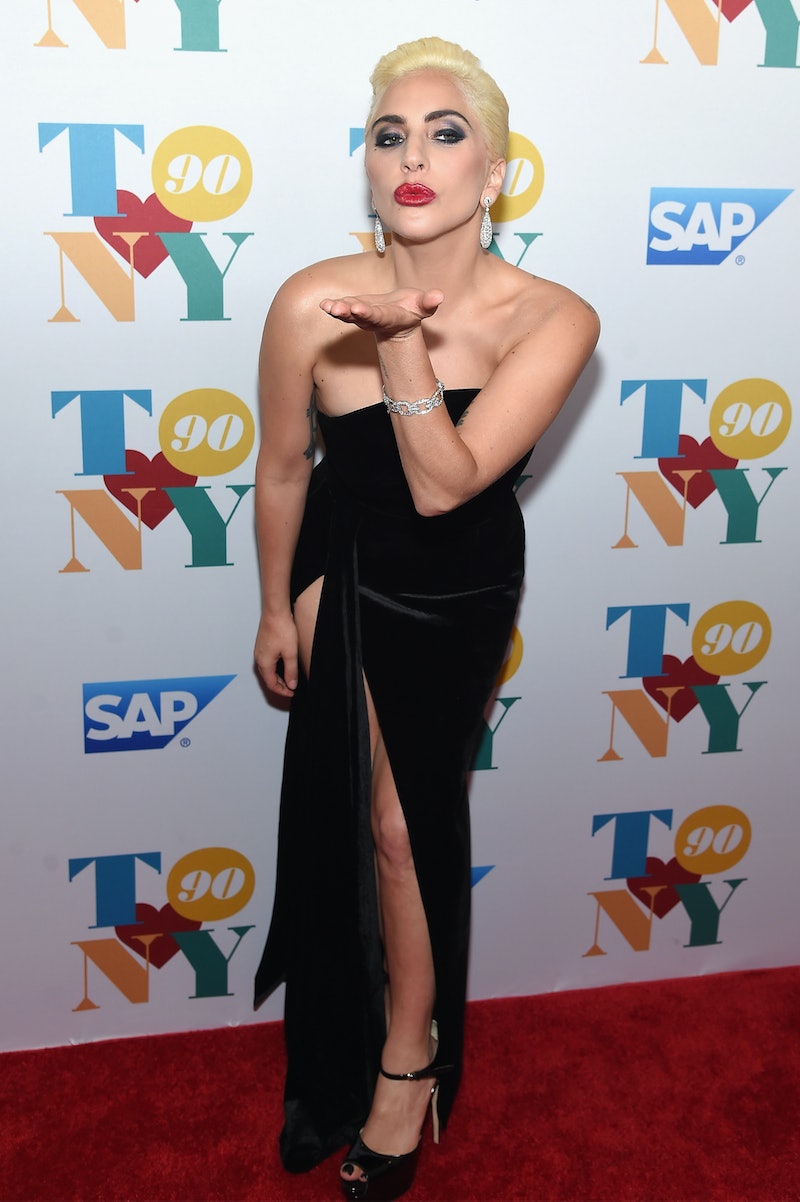 It's always heartening to witness two celebrities openly cheer each other on and wish each other the best. So you can imagine how much I was smiling when Lady Gaga wished Zayn Malik and Gigi Hadid luck during the American Music Awards red carpet on Sunday night. Ahead of the AMAs, Gaga took to Twitter to send out her love to one of the biggest couples making their mark at the special awards ceremony. All this love is making my heart melt so much. Can you handle it?

Noting that both Malik and Hadid are "on top of the world" and that they need to celebrate, this is just another instance where she is once again endearing herself to the public. Still living up to her nickname —Mother Monster — it is certainly not tough to imagine that Gaga would take a moment out of her own preparation for the AMAs so that she could send along a bit of love to a fellow musician and the award show's host. She is a celebrity who actively promotes feelings of peace and love. In doing so, she often ends up getting the love paid back to her tenfold from her fans and other celebrities. How can you not get all warm and gooey when Gaga is gushing over you?

Malik responded in kind to Gaga's tweet with a short and sweet note. He kept it peppy ahead of what will probably be a wild reception once he rolls up to the red carpet. There's no denying that both he and Hadid are one of the hottest couples at Sunday's show.

All this celebrity goodwill is giving me such life. The love is definitely very palpable as time marches forward to the AMAs officially kicking off this Sunday night. While we wait to see that sparks fly when Gaga takes to the stage to perform, for now we can all bask in the glow of her warm wishes for this Hollywood power couple.