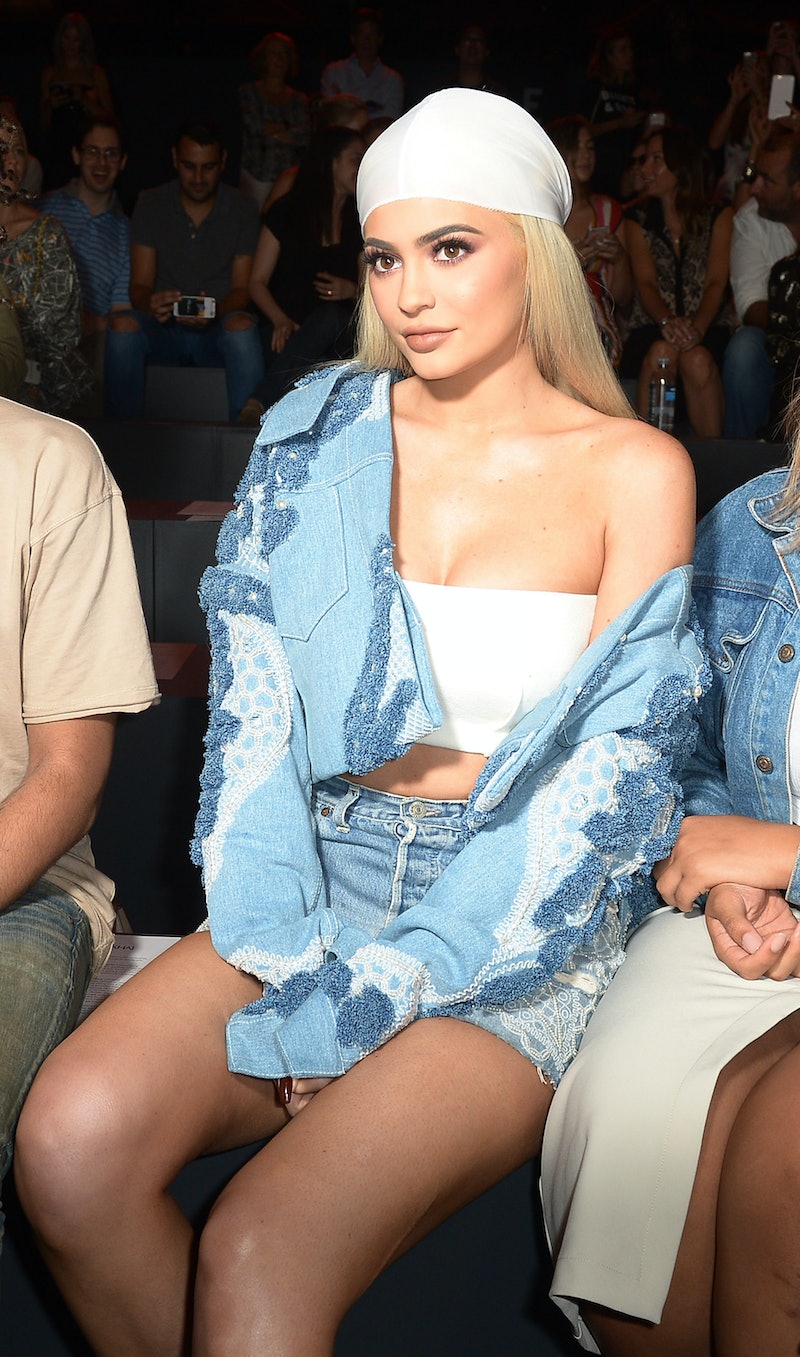 Kylie Jenner is a hair chameleon. In fact, she's held onto her currently blonde hair for longer than nearly all her hues — other than her natural color. Is Kylie Jenner dying her hair black again, though? Signs — and Jenner herself — may be pointing to yes, at least if you believe one of the cosmetics' moguls latest Snapchat posts.

Sunday night, Jenner took to her Snap to explain that the blonde may just be too much for her right now, but that she's quite proud of herself for keeping the color for as long as she has. In the short video clip, Jenner says that blonde "isn't her friend" and that it's "got to go." So far, though, the blonde is still around, but if you're a fan of Jenner with lighter locks, you may want to soak it in because it doesn't look like it's going to be sticking around for much longer.

Like she said though, Jenner deserves credit for the staying power of the color. As she said in a followup post, it's quite a feat for her to stick to one hair color for so long. After first debuting the look during New York Fashion Week, she's kept the color for several weeks without once even donning a differently colored wig.

The star made headlines when she originally began posting about the change. On her Snapchat several weeks ago, Jenner began showing fans glimpses of bleach on her hair letting them know that this change wasn't going to be a wig. While it took her a while to show off the switch from black to blonde, it was seriously killer.

Despite Jenner did have a small rose gold phase, she stayed pretty true to the platinum look.

Get ready to say goodbye, though. If I had to guess, the blonde is going goodbye soon. Get ready to see Jenner's gorgeous dark locks again.