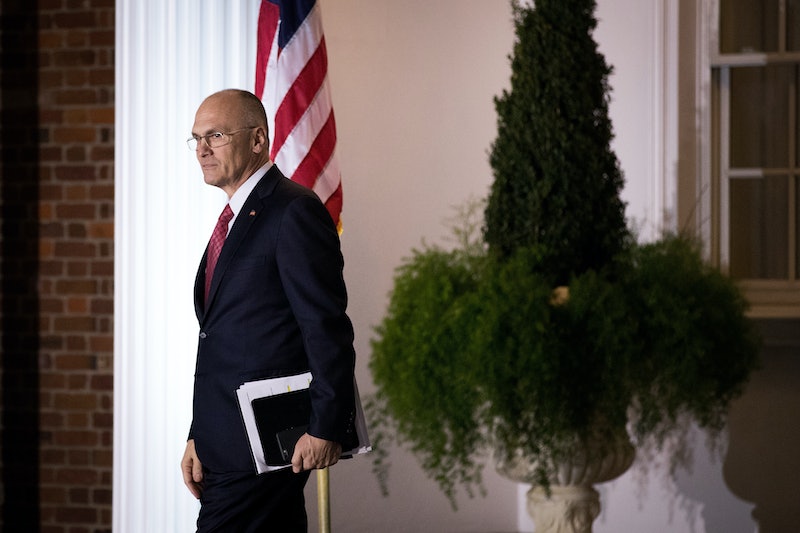 There are only two things that surprise me anymore with regard to Donald Trump’s cabinet picks: 1) I forgot how many effing cabinet secretaries there are, and 2) I forgot how many horrible people there are. The latest one to be thrown into the mix is potential new Labor Secretary Andrew F. Puzder (his friends call him Andy, apparently), who is making headlines for his rejection of minimum wage hikes and praise of restaurant robots. But what many don’t know, is that Andy also drafted some of the most harmful anti-abortion legislation. Puzder is like one of his own Carl’s Jr. $4 Real Deals: with the anti-worker burger you also get a pro-Life fries and coke!

As Labor Secretary, Puzder stands to do more damage to American workers than women’s reproductive rights, but Puzder’s contribution to the anti-choice movement has been substantial. A 1989 article in the Washington Post sums it up rather poetically: “In the fall of 1983, on a gray Sunday morning in western St. Louis, a 33-year-old Missouri business lawyer named Andrew Puzder wrote this idea on the back of an envelope: The general assembly of this state finds that the life of each human being begins at conception.”

It was a new tactic being undertaken by the opponents of abortion: asserting that life begins at conception without bringing abortion into the argument. And was a tactic that worked: while lower courts struck down the restrictions that stemmed from the language, the Supreme Court held that such a law was constitutional in Webster v. Reproductive Health Services.

The case also opened the door for other states to pass restrictions, showing that Court had fundamentally changed since 1973’s Roe v. Wade; three years after Webster, the court ruled in Planned Parenthood v. Casey that states could restrict abortion access as long as it did not place an “undue burden” on the woman, leaving the definition of what constituted an “undue burden” surprisingly wiggly.

In the decades since Webster, Puzder has moved away from legislation and towards what I suppose we can call compromise: along with former legal foe B.J. Isaacson-Jones, Puzder drafted a paper for the Common Ground Network for Life and Choice, a group committed to finding a middle way in the abortion debate. Their paper in 1995 suggested making adoption a more palatable alternative.

With Trump’s own position on abortion shifty at best — Philip Bump noted in the Post that at one point in the campaign, the president-elect took five different positions on abortion in three days — it’s hard to trust that Puzder’s appearance in the cabinet isn’t a sign of woe for Wade. One thing is certain: we’ll need to keep a very close eye on the issue for the next four years.