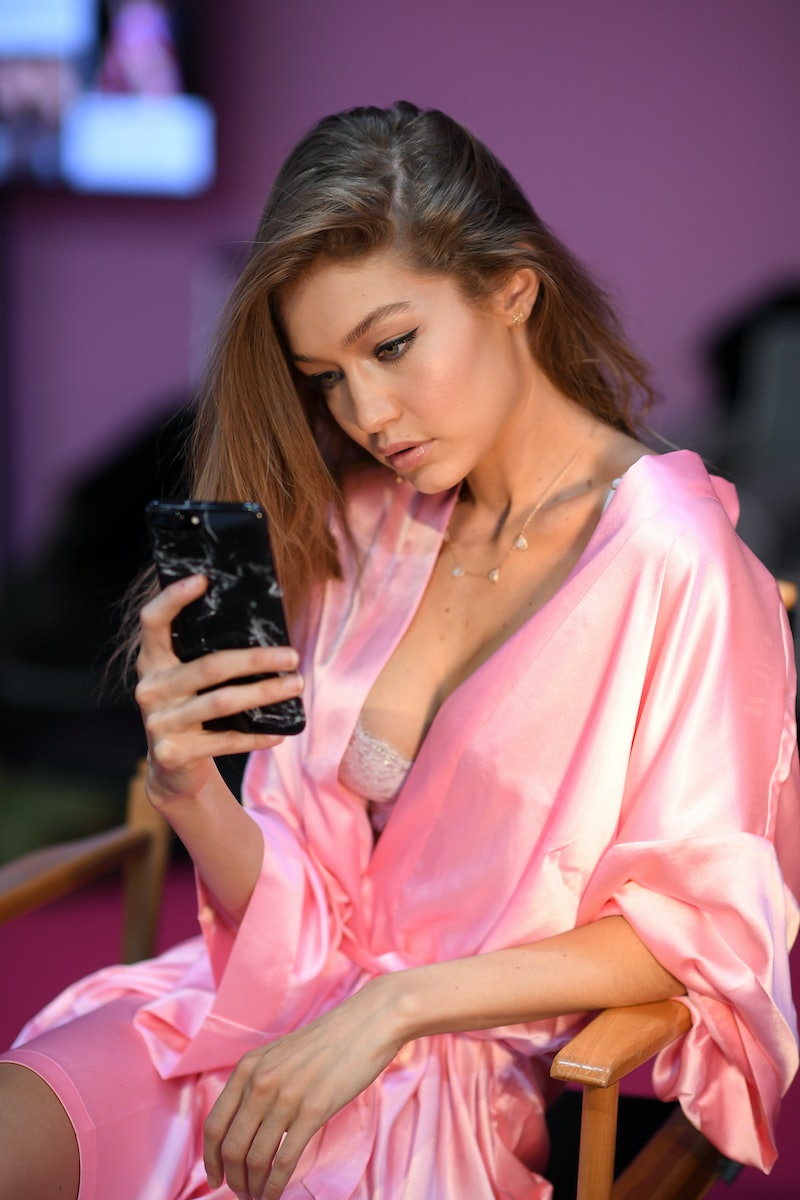 Don't expect to see a lot of selfies from social queen Gigi Hadid in the beginning of the new year. At the launch of her Reebok #PerfectNever campaign in NYC yesterday, Gigi Hadid spilled her New Year's resolution, announcing that she'll be taking a "digital detox" in 2017. "I'm taking a month off social media over New Year's. I'm not deleting my account, but I'm taking the app off my phone," she tells me.

Sounds like a good idea to us, but why the need for a social pause, G? "It's so healthy. I do it for a week on and off sometimes and you realize when you go to pick up your phone, click on something and it's not there, then you just put it down."

Hadid is not the only celeb feeling the need for a hiatus around the holidays. Both Kendall Jenner and Kim Kardashian have also gone MIA from Instagram and it's no coincidence this follows after Kim K's Paris attack and Hadid being pranked while leaving the Fendi show during Milan Fashion Week. Remember that guy that grabbed her and picked her up mid-air? Yeah, that one.

During the Reebok event, G and a panel of her outspoken friends like Lena Dunham, Zoe Kravitz, Aly Raisman, and Ruby Rose all voiced concerns about social media haters and how they're affected by the negative criticism they get from complete strangers all the time. "Don't take an advice from an egg ... you're an egg," said Rose about those faceless twitter profiles that seem to have the most to say.

Former American softball player and current broadcaster Jessica Mendoza backed up that sentiment saying, "I'll be like, who is this person? They just ruined my day and they have six followers!" Hadid agreed, saying, "It's so important to take time to yourself to think about whose opinions really matter. Your parents, your friends, your management — people like that for us. People who really know you. That's who matters."

And there you have it. We might consider joining Gigi, Kim, Kendall, and any others who vow to take a social silence for a bit because let's be serious — at the very least, it will definitely help save our phone batteries.

More like this
Bella Hadid Nailed Regencycore With Her Met Gala Hairstyle
By Danielle Sinay
Bella Hadid Wore A Black Leather Bustier To The Met Gala
By Allie Fasanella
What Is “Jello Skin”? The Latest Viral Trend To Know About
By Tomi Otekunrin
Millie Bobby Brown's Blonde Hair Is Very Britney Spears Circa 2002
By Paris Giles
Get Even More From Bustle — Sign Up For The Newsletter