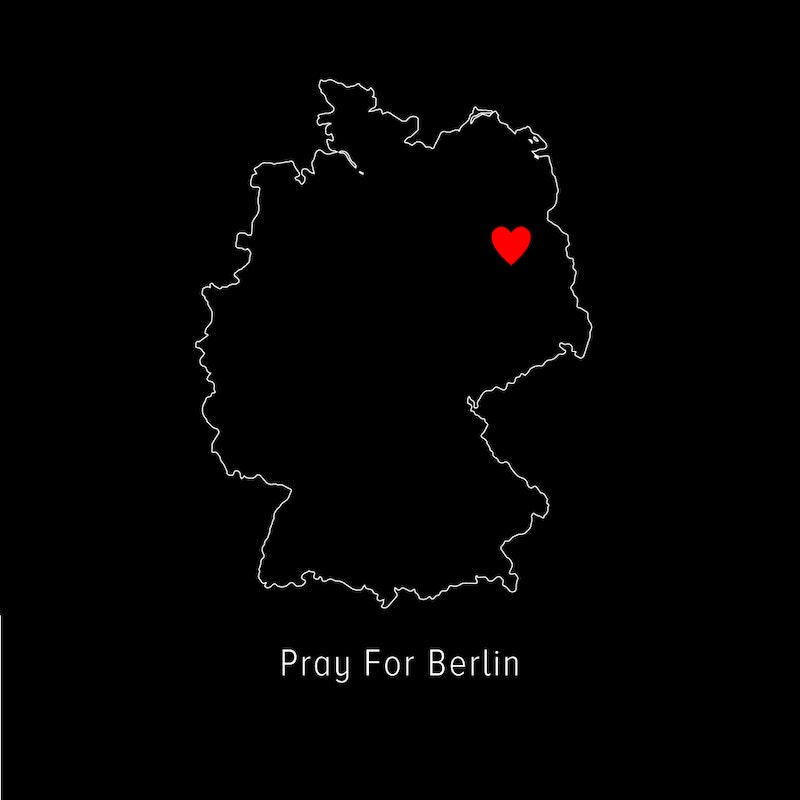 In the wake of the tragic and fatal attack at the Berlin Christmas Market in Berlin, Germany, many people and organizations around the world are creating tributes to the approximately nine dead and 50 wounded. These #PrayForBerlin tributes and memes show that the world is keeping the victims and their families in their thoughts, prayers, and hearts.

Little is known for sure about the incident, although German police believe it to be an intentional act, according to CNN. Bystanders report that the truck plowed into the market at approximately 40 m.p.h., striking a number of people and leaving many injured and killed. Stalls were knocked over in the truck incident, which seemingly came out of nowhere. Facebook has activated Safety Check for Berlin residents to mark themselves as safe.

The driver of the truck was reportedly captured and taken into custody after having fled the scene. An alleged second driver died when the truck hit the Christmas market.

Unfortunately, in the minutes after the attack, some people are already blaming Angela Merkel's policy of open migration from Syria — but we must remember that Islamophobia and bigotry only fuels these sorts of attacks, and that only tolerance will foster peace.

Amid such terrible, heart-wrenching news that seems to pile on more and more every week, the world is remembering their shared humanity and an overall desire for peace.

And of course, remembering how you can help the victims in tangible ways is also vital.

More like this
Taylor Swift, Kerry Washington & More Speak Out On Uvalde Mass Shooting
By Jake Viswanath
Twitter Is In Utter Meltdown After 'Derry Girls’ “Poignant” Finale
By Sam Ramsden
Twitter Can’t Get Enough Of The WAGatha Christie Trial
By Nola Ojomu
Twitter Was Saying The Same Thing About Sam Ryder’s Surprising Eurovision Result
By El Hunt
Get Even More From Bustle — Sign Up For The Newsletter