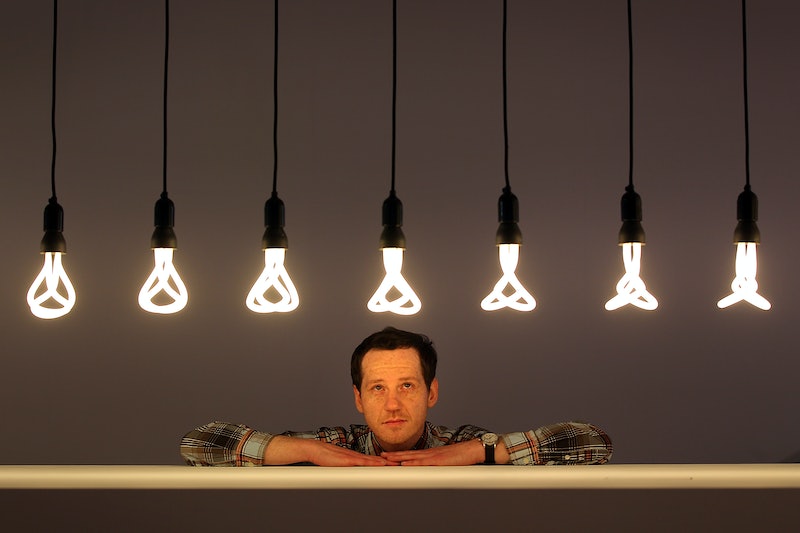 It all started when one man was able to wiggle his toes. An electrical stimulator is helping four men paralyzed with spinal cord injuries to move once more, and it's as amazing as it sounds: Thanks to the device, the men can sit up, move their legs, and stand for hours at a time. Researchers are excited about the new study, which was published Tuesday in the British journal Brain, because it shows that the spinal cord still can still pick up brain commands even when it's believed to be completely destroyed.

“I can now feel soft touch, hard touch. I can feel pinpricks,” one of the men, Rob Summers, told NBC News. “I can feel the wind on my legs.”

Summers was the first man to test out University of Louisville neuroscientist Susan Harkema's electrical stimulator. She never intended to make paralyzed feel again; she was simply trying to study nerve pathways. But five years ago, Summers showed Harkema that he could wriggle his toes when the device was implanted into his abdomen. In 2011, Summers made headlines when he was able to stand again.

Even better, the men — who are all in their 20s and 30s — are able to exercise for hours per day, preventing atrophy of their muscles. It's life-changing, the men say. One of the subjects, Kent Stephenson of Texas, says he's able to get out of his wheelchair and drive with his friends. He says that even when the device is turned off, he sees "huge improvements in bowel, bladder and sexual function." The voluntary movements have helped him regain his confidence.

Lead author Claudia Angeli of the Kentucky Spinal Cord Research Center and the other researchers are not sure why the damaged spinal cord nerves are able to communicate with the brain again. Even though they didn't touch patients' brains, it may prove that the spinal cord can think for itself, in a way. They're optimistic about the possibilities of the device, which was first developed to relieve chronic pain.

"This is a breakthrough," Dr. Barth Green, co-founder of The Miami Project To Cure Paralysis at the University of Miami, who was not involved in the research, told CNN. "It shows you can have a living spinal cord under the layer of their injury."

If the electrical device continues to prove successful, it could have major implications for those living with paralysis. Even though the men still cannot walk, scientists may be able to implement the same procedures to stimulate other muscles. The U.S. National Institutes of Health and the Christopher and Dana Reeve Foundation helped fund the study.