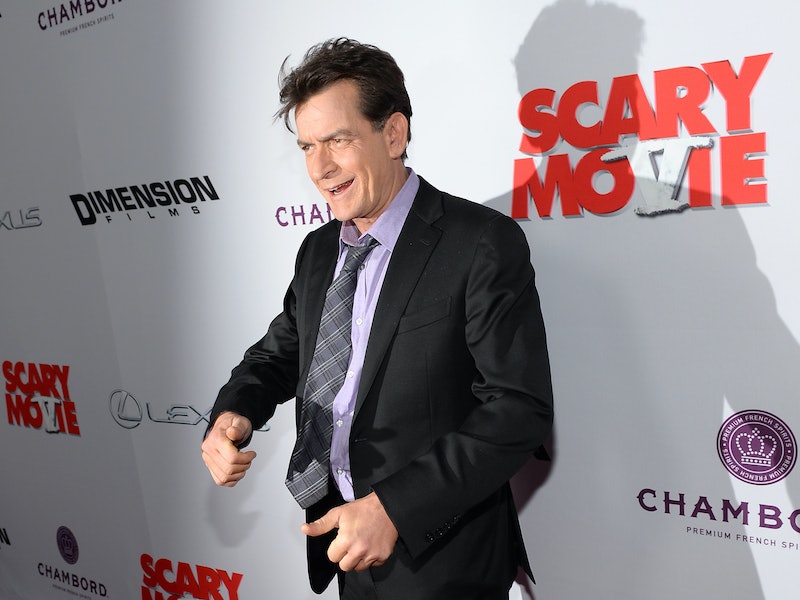 One of the things we all must grapple with daily is that we still live in a world where Charlie Sheen is continuously, gainfully employed. And yes, that sinking feeling you had in your gut this morning was that world informing you that the guy's got a new gig: Charlie Sheen's hosting a relationship quiz show on WE TV.

For those unfamiliar with WE TV, it is a network aimed at women. For those unfamiliar with Charlie Sheen, he is a man whose behavior for the past several decades has been a barrage of grossness in the direction of women, and whose personal relationships have long been publicized as problematic if we're being kind, and straight-up abusive if we're being real. Kind of an interesting figure to put at the center of

That people like Charlie Sheen — who have shown little to no signs of regret or repentance after showing the horrifying and actively harmful sides of themselves to the public — are still being employed (aka endorsed) for things like this is, frankly, baffling to me. That the show is called Charlie Sheen's Bad Influence and will be co-executive produced by Sheen is making my brain sad.

Employing Charlie Sheen may be good for Charlie Sheen. But considering this is a man who has shown little to no sign of giving up his old ways, it's pretty crappy for everybody else. My condolences to any and all female PAs, guests, or passersby who may encounter this show.